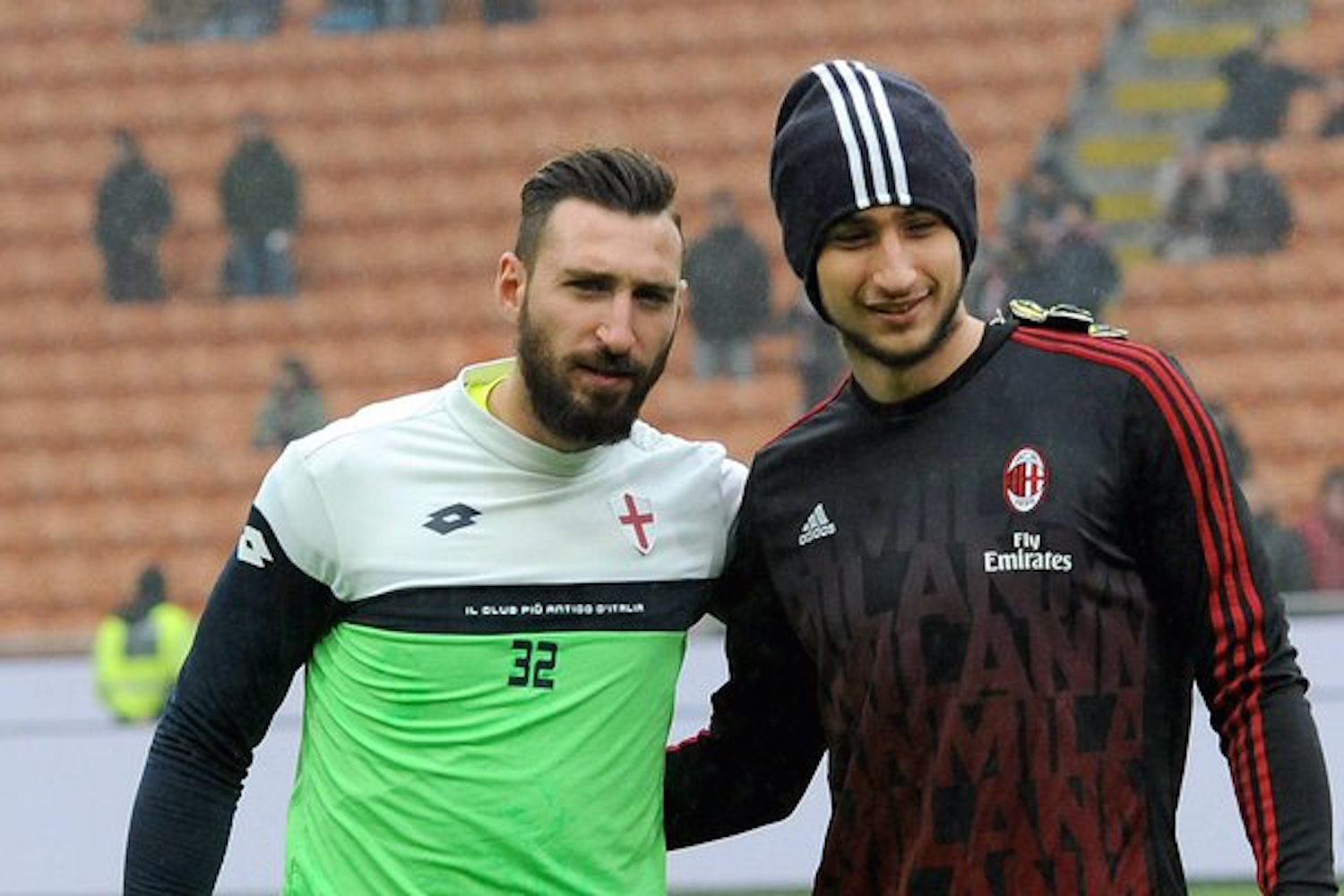 AC Milan could help facilitate the renewal of Gianluigi Donnarumma by making a bold call regarding his brother Antonio, a report claims.

The Rossoneri face a difficult situation with the 21-year-old goalkeeper as his contract expires in June 2021 and at the moment there is nothing to suggest that an agreement over an extension is imminent.

According to Thursday’s edition of il Giornale though (via MilanLive), Milan could put themselves in the good graces of agent Mino Raiola by elevating his brother Antonio Donnarumma to be the new back-up.

Gianluigi has been positive for coronavirus since Monday and clearly unusable by Stefano Pioli until he tests negative, while his deputy Ciprian Tatarusanu – brought in from Lyon over the summer – had a bad debut in which he made a crucial error for Edin Dzeko’s equaliser.

Milan still have confidence in the Romania international and he will keep his starting tonight against Sparta Praha, but if things were to go downhill even further then Antonio Donnarumma is ready.

The promotion of Gigio’s older brother would be well received by Raiola, and the paper even goes on to claim it may represent an important card to play for the renewal.