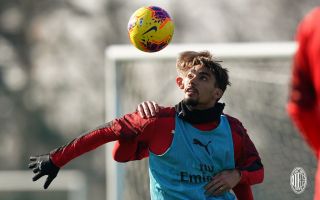 AC Milan and Juventus are unlikely to complete a swap deal involving Lucas Paqueta and Federico Bernardeschi, a report claims.

Di Marzio stated on Friday night that the Paquetà-Bernardeschi exchange is actually more than just paper talk, describing it as “a possible option”.

However, when speaking to Sky before their game against Napoli, Juve director Fabio Paratici essentially took Bernardeschi off the market.

TMW though were not deterred, and claimed that Milan would welcome Bernardeschi, something intermediaries and the Italian’s entourage are already aware of. They added that Juve are in turn interested in Paquetà as they have a tactical gap in the role.

According to the latest update from il Giornale however – as cited by MilanNews.it – the hypothesis is not taking off as the parties are distant on the value of the two players.

There will be more contacts between the clubs towards the end of the window, but at the moment an agreement seems difficult to find, the paper states.