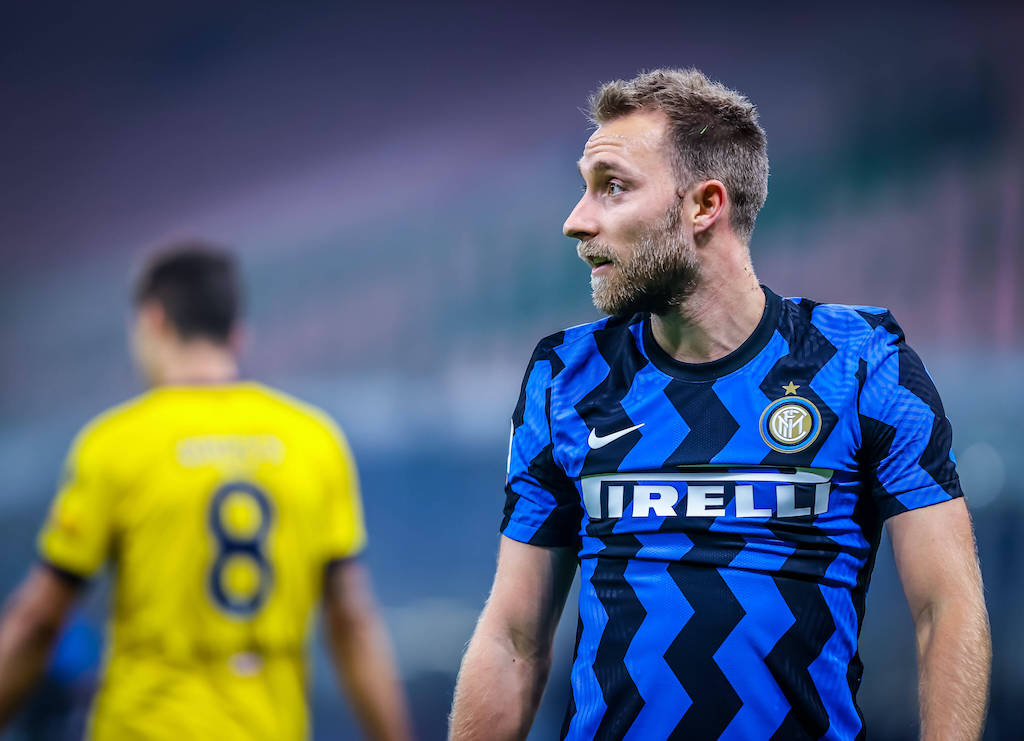 Inter could sell playmaker Christian Eriksen to AC Milan in January in order to fund a move for one of their midfield targets, a report claims.

According to Tuesday’s edition of newspaper Il Giorno (via fcinter1908), Eriksen could make a remarkable move to the red half of the city having struggled since joining Inter back in the January transfer window.

The paper claims that in order to secure a top four finish and a return to the Champions League, the Milan management are aware that they need players of real starter quality and not just options to make up the numbers in the squad.

There is also an attentiveness to the possibility of signing quality players in cut-price deals rather than just loaning them like Brahim Diaz, and at Milan there could be more space for Eriksen.

Technical director Paolo Maldini – by sealing the signing of the former Spurs star – would give Pioli a valuable reinforcement just as he is struggling to negotiate the renewal of Hakan Calhanoglu, while Inter would get rid of a big salary.

By selling Eriksen for €12million, Marotta would make a capital gain, but for €20m it would be a masterpiece that could then see them launch a move for N’Golo Kante of Chelsea – Antonio Conte’s number one midfield target.