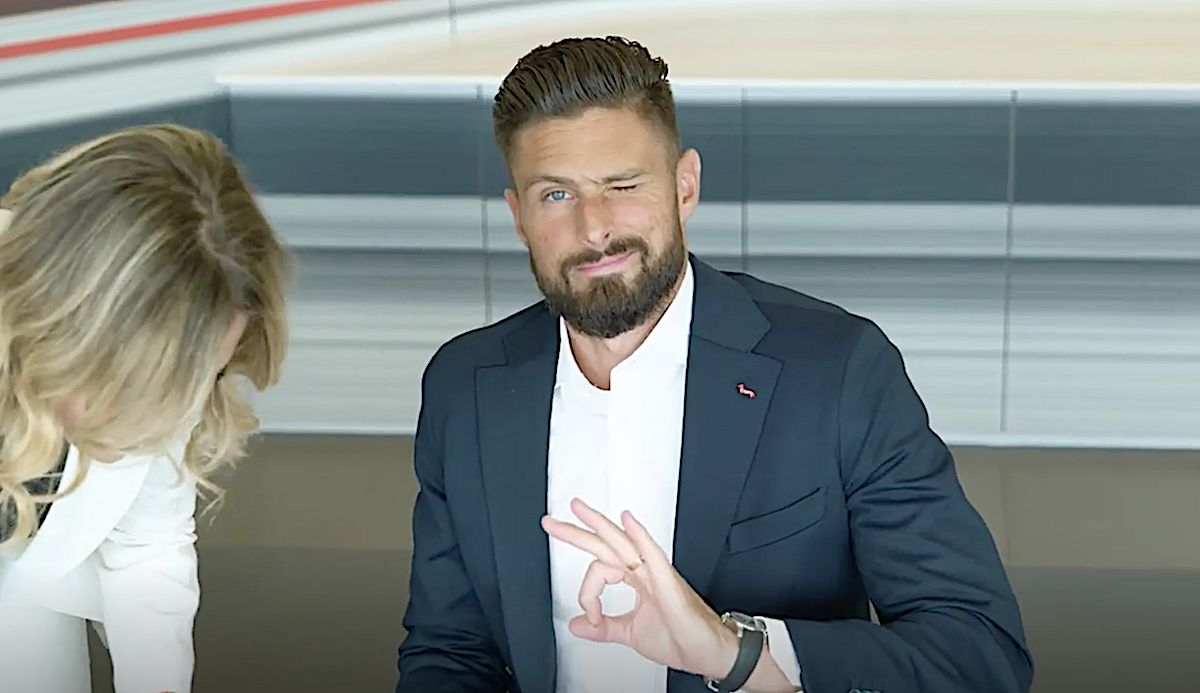 Giroud cites ‘God’ as the reason he joined Milan over Inter; reveals first impressions of Pioli

Olivier Giroud has cited God as the reason that he ended up becoming an AC Milan player rather than joining city rivals Inter.

Giroud spoke at a press conference to mark his official unveiling as a Milan player and was questioned about a variety of different topics including his decision to join the club and targets for the season ahead.

Among the subjects put forward to the 34-year-old was why he decided to try a new adventure in Italy with AC Milan and not with rivals Inter, who have been strongly linked with him over the past few months.

“I’m a Christian and I think God wanted me to move to Milan this season and not Inter the last one and I’m happy with that,” he said (via MilanNews).

Giroud was also linked with a move to Lazio before signing with Milan, as Maurizio Sarri spoke very highly of the forward. The ex-Arsenal man was asked if he talked with his former boss at Chelsea about a move to the Italian capital.

“No, I didn’t talk to him but I heard what he said about me. It’s very nice to hear these words from him and we shared a good season together by winning a trophy, his first. In that season I played a lot, I was the top scorer and for me it was a great satisfaction. I remember him as a great manager and a great man.”

Giroud also spared a few words on his first impressions of Stefano Pioli: “I hope to have good moments also with Mr. Pioli whom I consider to be a great coach, with great skills and a great person.”

READ MORE: Giroud encourages Ziyech to join him at Milan and outlines why his time at Chelsea ‘was over’