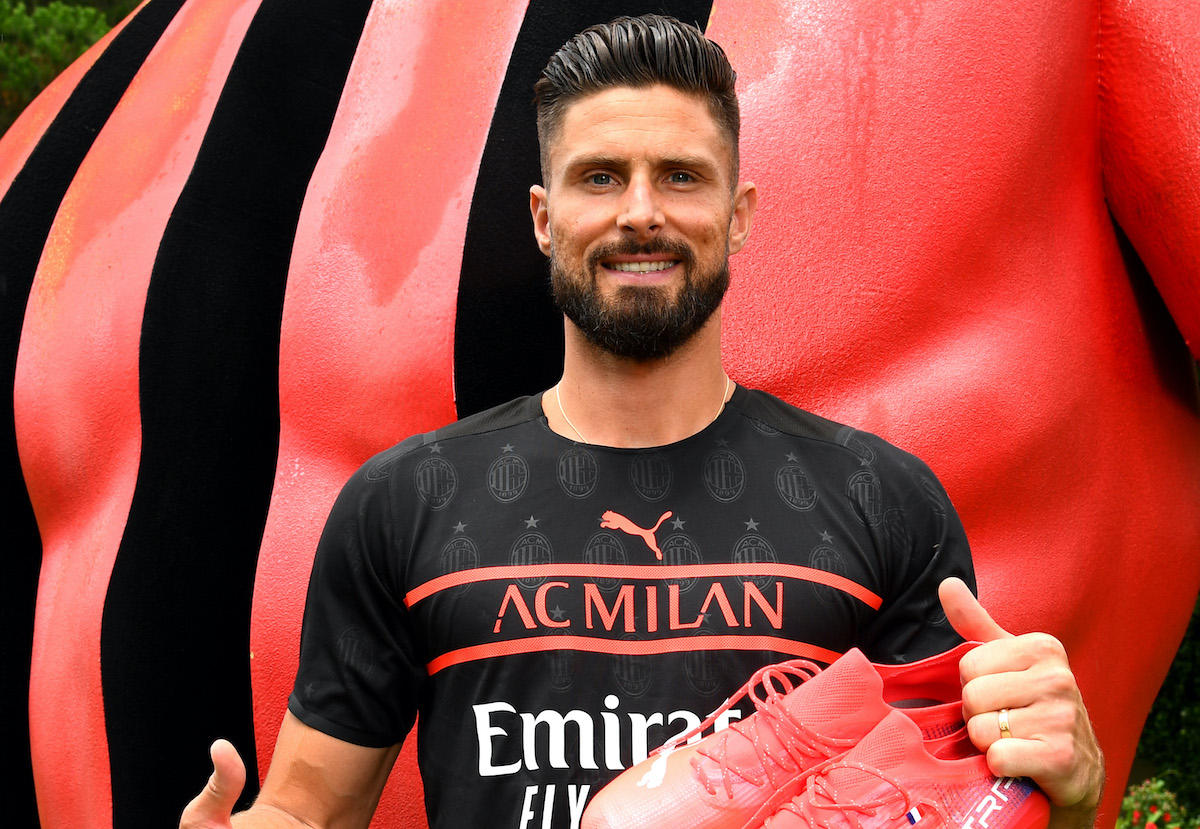 AC Milan striker Olivier Giroud has given some insight into how he has settled in to life as a new Rossoneri player having joined from Chelsea in the summer.

He has four goals in Serie A so far this season and seems to have hit the ground running at San Siro in particular. Now, Giroud will certainly be one of the protagonists of the Milan derby on Sunday evening and he spoke to La Gazzetta dello Sport about the game and about Milan’s chances of going on and winning the title, with his comments transcribed by MilanNews.

“An important match because sending Inter ten points back would not be bad, even if there is still a lot to play. Let’s say it will be a fundamental but not decisive match and Milan have the weapons to win it,” he said.

“Of course, the opponent is very strong, but if we play as we know, we can win. We are Milan and we have seven points more, it must mean something. We must have a lot of confidence in ourselves.

“Respecting the opponent does not mean being in awe of them. The opponent I fear most? Lautaro is dangerous but Inter have many high-level players and the team is very good. But we have destiny in our hands. If we do what we know how to do, we can win.”

It is well known now that Inter wanted Giroud before he ended up at Milan, but the 35-year-old revealed some background last month about how his faith and gut feeling led him to reject the Nerazzurri.

“In the career of a football player and in life there are the right moments to do the right things, Milan was the best choice for me. My family and I have a great time in Milan: the people are kind, they have a lot of passion for football, they live well. Free time is not much and with four children I am a very busy dad for my sons at football, the daughter at horseback riding…

“We are enjoying the city and often relatives and friends come to visit us, as Grenoble is nearby. We visited the Cathedral which is beautiful, we went to Lake Como and we did a nice boat ride.”

During the interview, the Frenchman also talked about Zlatan Ibrahimovic who he is working alongside having faced him as an opponent at various points in his career.

“I’ll go see his film. Ibra has an interesting personality, I’m curious to know more about his life story. What relationship do I have with Zlatan? Normal, as with all my other team-mates. Ibra is a pleasant person and very helpful in the dressing room, he talks with his team-mates, he is very present and he is a great professional.

“We have a good dialogue. Maybe on the outside he looks different, a little more, how you say, focused on himself, but that’s not the case with those who work with him every day. Playing together? We can be complementary, at least in some games. For now Pioli is making other choices, but I hope to be able to play more together with Zlatan in the future.”

Given that the Rossoneri have racked up 31 points out of a possible 33 to begin the new Serie A season fans are beginning to think the Scudetto is a realistic target, and Giroud also believes it.

“And why shouldn’t I believe it? In the league we are doing really well, we play good football and we have many different possibilities. We are a young team that will grow. in a hurry: I knew the qualities of Leao, but his talent from close up is truly incredible. I did not know Tonali, who impressed me for the volume of play and quality. And then there are guys like Gabbia and Daniel Maldini who will grow up in rush.”

READ MORE: Pellegatti ‘irritated’ after Porto draw – “I no longer want to hear the phrase ‘let’s focus on the league’”