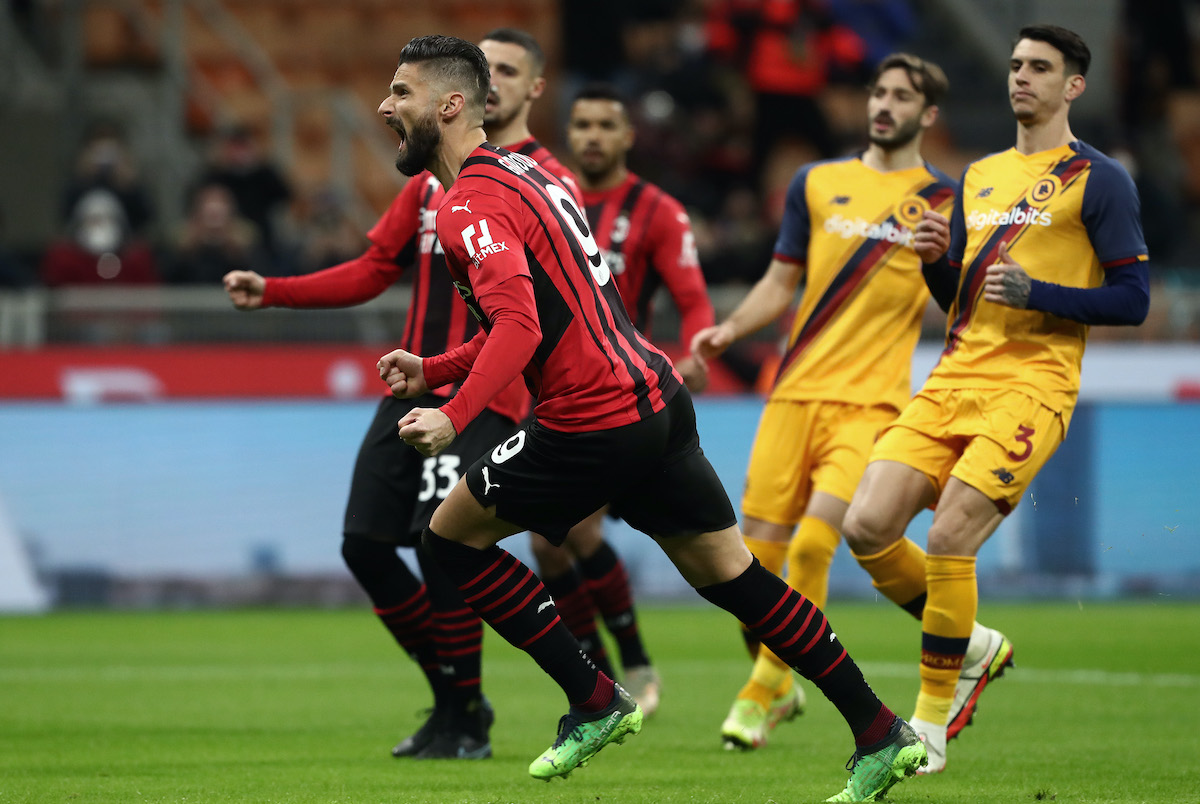 AC Milan striker Olivier Giroud has revealed that he was happy to play ‘without pain’ from the first minute against Roma and to kick off the scoring in a 3-1 win.

The Frenchman was given the nod to start over Zlatan Ibrahimovic for the first game of 2022 and he was handed the chance to make it five league goals for the season when VAR intervened to award Milan a penalty after Theo Hernandez’s shot from a cleared corner struck the outstretched arm of Tammy Abraham.

Giroud took the responsibility of despatching and did so with aplomb, sending Roma keeper Rui Patricio the wrong way to add to his tally of home goals for the season. He played most of the game before making way for Ibrahimovic, who would end up missing a penalty.

The 35-year-old spoke to DAZN at the end of the game to reflect on the performance of the team and the spirit shown to come through adversity given the disruption that the positive Covid cases had in the 48 hours before the game.

“I think we started very well, as we wanted. With aggression, determination and a great team spirit and good effective pressing. So it is easier to do well all together. Personally I am happy to have scored and played without pain. I was a bit injured in the first months, now I want to do more to help the team,” he said (via MilanNews).

Giroud was also asked about whether he would play himself as a pairing alongside Ibra if he were the Milan manager.

“I’m not surprised by this question (laughs). I like playing with him, we didn’t spend too much time together on the pitch. It depends on the game, if we need two strikers and scoring goals in the second half as we did as against Napoli, but we weren’t lucky in the end.

“I feel good with my team-mates on the pitch, I think we can play together but for the team’s balance the coach makes the best choices and if we play like this I think we can be a difficult team to beat.”