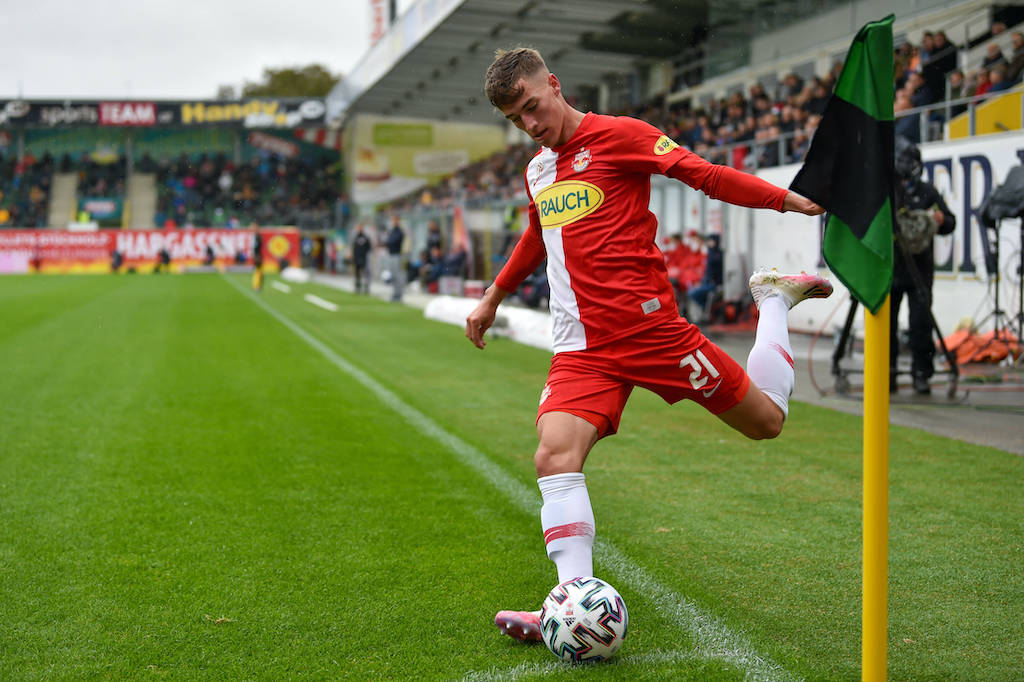 AC Milan are among the clubs interested in signing 18-year-old midfielder Luka Sucic from Red Bull Salzburg, according to a report.

A large portion of the end of last season was dominated by the speculation surrounding Ralf Rangnick’s possible arrival at Milan and the idea that he could bring Dominik Szoboszlai with him from Salzburg, having been an employee of Red Bull at that point.

Now, Goal.com have revealed that Milan have their eyes on Szoboszlai’s team-mate Luka Sucic, a Croatian talent who spent last season out on loan at Liefering in the second division, who are basically the second team of RB Salzburg where prospects are sent to get game time before being promoted to the senior ranks.

He caught the attention of several clubs in the UEFA Youth League, amassing 10 appearances in the competition scoring six times – including goals against Liverpool and Real Madrid – and adding two assists.

In his first season with Liefering he racked up 15 appearances, scoring four goals with five assists. In July he signed a new contract until June 2024 to ward off threats from abroad, with Milan and Juventus mentioned as having interest.

Salzburg plan to involve him in the first team to keen him happy,  but the longer he keeps impressing the more big clubs will begin to circle.