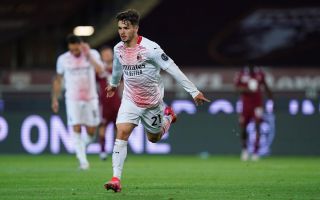 Goal: Milan to welcome back Real Madrid playmaker on two-year loan – no option to buy included

Brahim Diaz is ready to fly to Italy and continue his adventure with AC Milan but Real Madrid have avoided an option to buy, a report claims.

According to Mario Cortegana of Goal Espana, Real Madrid and Milan have finalised the details for the return of Brahim, who will go out on loan for two seasons this time instead of the season-long dry loan that he arrived on last summer.

However, despite the insistence of the Rossoneri management, there will be no option to buy that Milan can exercise contrary to most reports in Italy. Real Madrid never considered the idea of losing control of the 21-year-old talent, while the player also was not interested in anything other than a dry loan.

It is perhaps a blow to Milan’s transfer plans therefore, given how long they have spent ironing out the potential details of a buy-out and subsequent buy-back clause, but at least they should have the player for another two seasons.