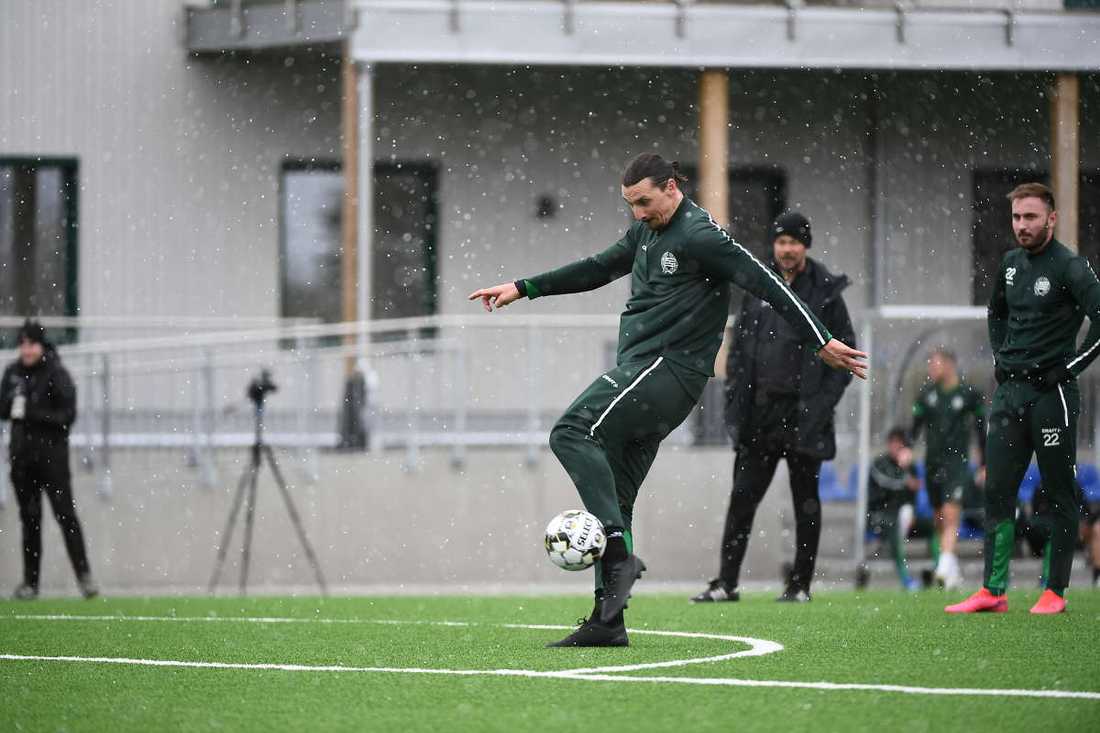 AC Milan striker Zlatan Ibrahimovic trained with the Hammarby women’s team in Stockholm on the Kanalplan pitch, it has been revealed by Mitt i.

The 38-year-old has been given permission by the Rossoneri to continue training with the Swedish side – of whom he owns 25% of the shares – until an official date for return to training at Milan is confirmed.

Jonna Andersson, the goalkeeper for Hammarby’s women’s team spoke to the newspaper about the experience of the training session with Ibrahimovic, which lasted for an hour and a half.

“He had his usual desire to win. At every wrong step that led to a counter-attack, he made an applause,” she said.

Did they know he would participate?

“No, we weren’t notified. Just when some of us got up to ask the coach why the delay was in training, I saw Ibrahimovic arrive in the car. Our coach Pablo Pinones-Arce said in a joking tone that he would be fined for arriving late.

The video clip in which Zlatan Ibrahimovic makes a perfect shot, recorded by Hammarby sports coach Johan Lager (at the bottom of the article), during an exercise at the end of the training, has gone viral.

“That shot was impossible to parry, but the next one I took,” says Jonna.

“He seems to be doing well. His future? No, he didn’t mention it.”

On Friday, Ibrahimovic scored a goal during a friendly match behind closed doors between Hammarby and IK Frej.