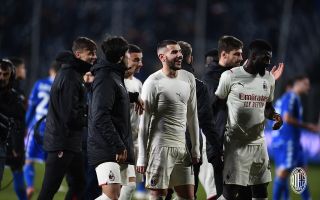 AC Milan rounded off 2021 in the right way as they scored four times and ran out 4-2 winners against Empoli at the Stadio Carlo Castellani.

La Gazzetta dello Sport have published the average positions of each player in the starting XI for the Rossoneri, and it certainly offers some confirmations of Stefano Pioli’s decisions to play Franck Kessie as an attacking midfielder plus Alexis Saelemaekers on the opposite side to his usual spot on the right flank.

Starting with the back four, Florenzi was quite wide and pushed high up the field but not as high as Theo Hernandez, whose average position was beyond the half way line. That was because he remained close to Saelemaekers for the overlaps and underlaps, getting into dangerous areas to affect play. Romagnoli played a bit deeper to compensate for the space behind.

There was a narrow midfield double pivot of Sandro Tonali and Ismael Bennacer who pressed in pairs at time to stifle Empoli’s narrow midfield diamond. Junior Messias remained wide on the right because Pioli has said before that he is most dangerous in isolation.

Franck Kessie played close to Giroud as a pure attacking midfielder, while Saelemaekers tucked in from the left as an inverted winger and had a hand in each goal. 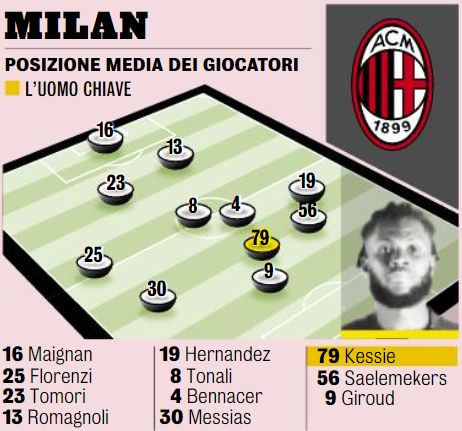