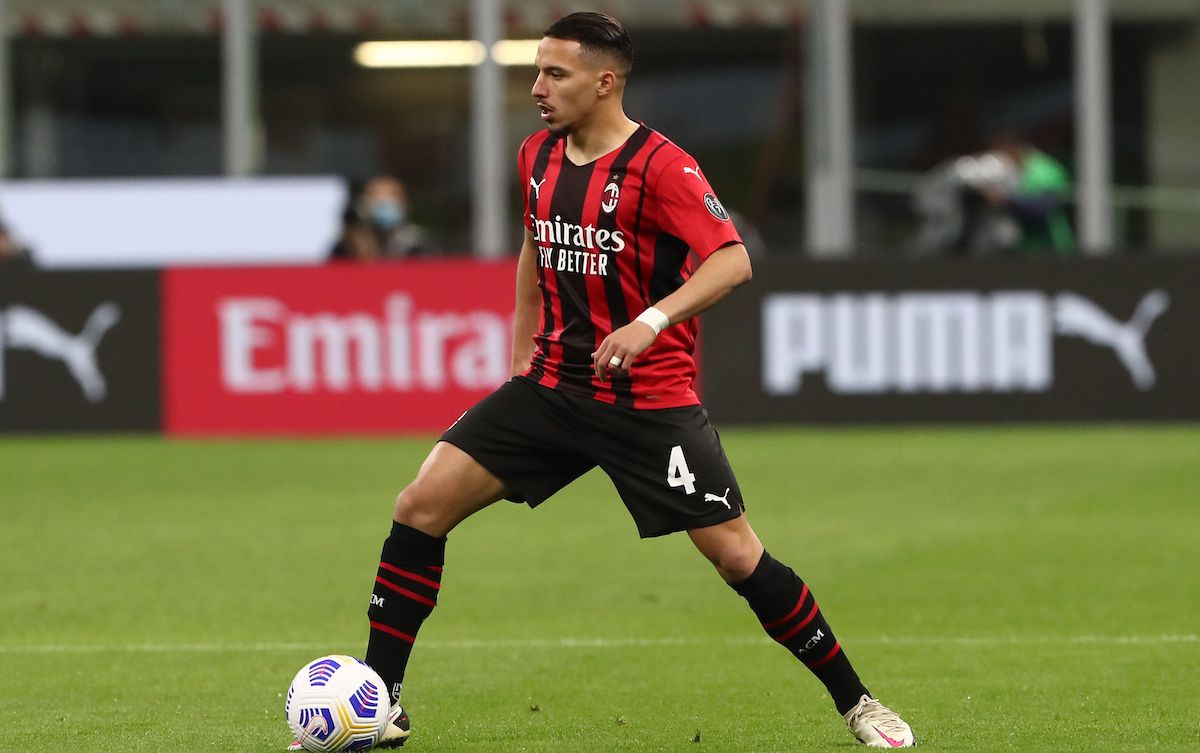 As they do each week, La Gazzetta dello Sport have published the average player positions for each of AC Milan’s starting line-up from the game against Udinese.

It looked for a long time as though the Rossoneri would leave the Dacia Arena empty handed as they struggled to respond to Beto’s opener, but Zlatan Ibrahimovic scored in the second minute of time added on at the end of the 90 to ensure the shares were spoiled.

The most striking observation from the graphic below is how deep Ismael Bennacer is playing relative to the two centre-backs and to his double pivot partner Tiemoue Bakayoko, with the pair almost in a vertical line rather than side by side. This could be a tactical instruction for the Algerian to function as a deep-lying playmaker, splitting the centre-backs to offer an option like Tonali does.

Then, it is apparent that Alessandro Florenzi was much higher up the field on average than the other full-back Theo Hernandez – around 15-20 yards higher it seems. The attack looks quite disjointed with Alexis Saelemaekers very narrow again, Brahim Diaz playing close to Ibrahimovic and Krunic tucking in on the left more as a midfielder than a winger.

What is striking is that only three of the 11 players are on the right-hand side of the pitch in Tomori, Florenzi and Saelemaekers, with Maignan, Bennacer, Bakayoko and Ibrahimovic pretty much straight down the middle. 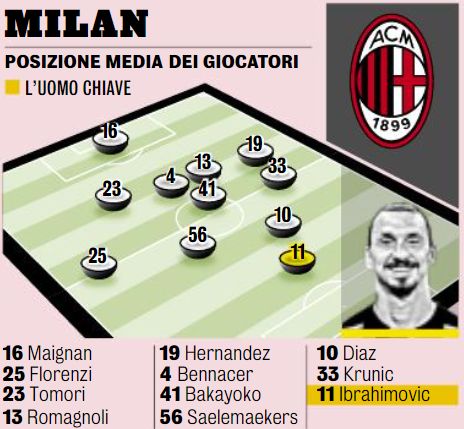