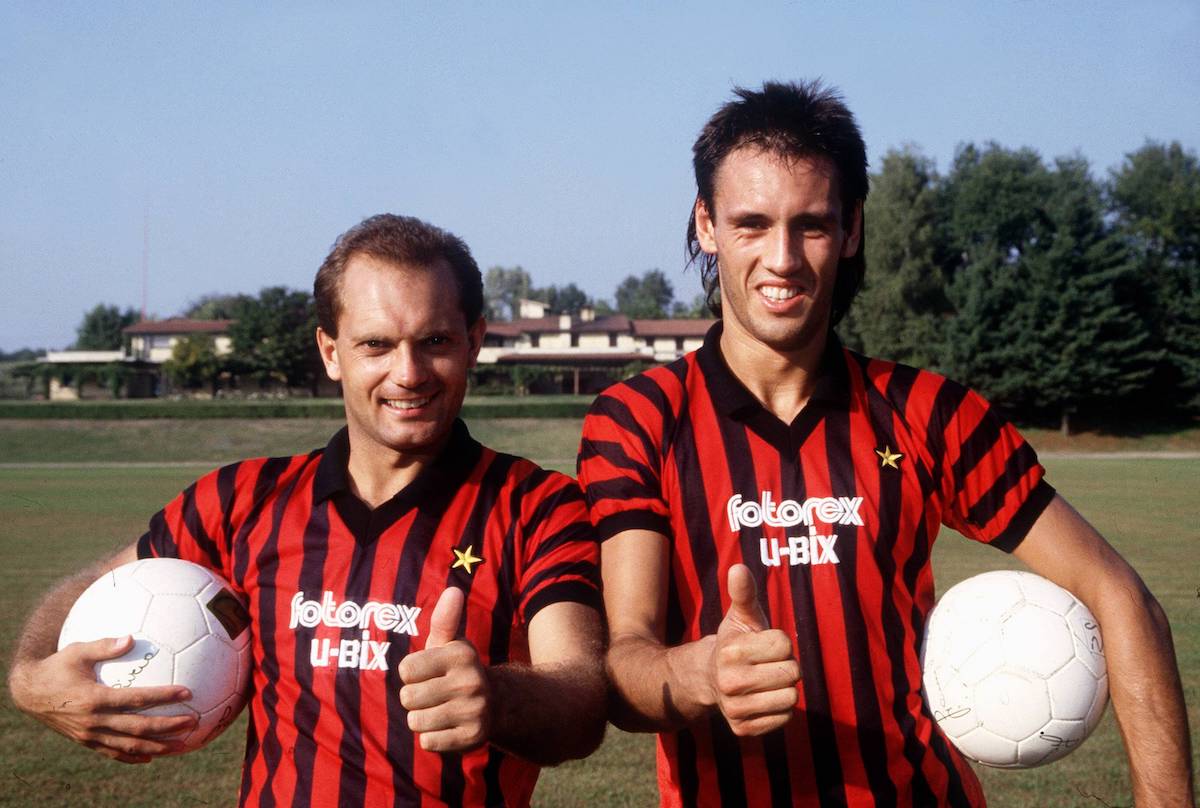 Fikayo Tomori became the third signing of the January window for AC Milan as his arrival from Chelsea was announced.

The 23-year-old arrives on loan with an option to buy and becomes the latest instalment in Milan’s long and illustrious English heritage, which of course started back in 1899 when a Nottingham-born migrant founded the club.

La Gazzetta dello Sport state that Tomori will be the sixth English player to represent the club, even though he is Canadian by birth and of Nigerian origin, because he grew up in England and has made his debut for the senior national team.

The adventure of Jimmy Greaves is probably the most decorated player to have made the move to Milan. He was six times top scorer in the old First Division in England and won five team trophies plus the 1966 World Cup as an injured player.

Greaves has 465 career goals between club and national team to his credit, with the distinction of having always and only played in London, the only exception being Milan. It didn’t exactly go to plan despite the fact he scored nine goals in half a season, so he went back to Spurs.

Twenty years passed and Milan signed Luther Blissett from Elton John’s Watford. The 25-year-old scored six goals in 39 appearances but lasted just one season, and like Greaves he went back to his former club in Watford.

Mark Hateley was the next to move to Milan, and he is remembered above all for a spectacular header in the derby of the 1984-85 season, in which he beat Collovati in the air as the Rossoneri won the derby for the first time in six years.

From Greaves to Beckham to Tomori: all Milan made in England

Hateley did not score very regularly, also due to several injuries, but he played 86 games and racked up 21 goals – the most of any Englishman to play for the club.

The late Ray Wilkins also played at Milan from 1984 to 1987 alongside Hateley, and he was a player that found consistency. He was a proven leader, arriving as England captain, nicknamed Butch, and was known for passing ability. He played well the first two years and becomes a fan idol, while in the last season he appeared to be ageing, so he moved to Paris Saint-Germain.

There was another gap of about 20 years then David Beckham rocked up. Beckham – who joined from LA Galaxy in the USA, like BetNow that also accepts bets from players in the USA according to askbettors.com/bookmakers/betnow – recorded 20 appearances and two goals in his six months.

He made himself useful despite the fact his athletic condition was not that of his time in Manchester and Madrid. He joined from California with the aim of raising his levels ahead of the World Cup in South Africa, but he ruptured the Achilles tendon in his left leg and missed the tournament.

The history therefore is mixed, yet the hope is that Fikayo Tomori can do well in six months like so many Englishmen before him have done, but crucially that he can keep going beyond that and become the most successful Milan player from his country.