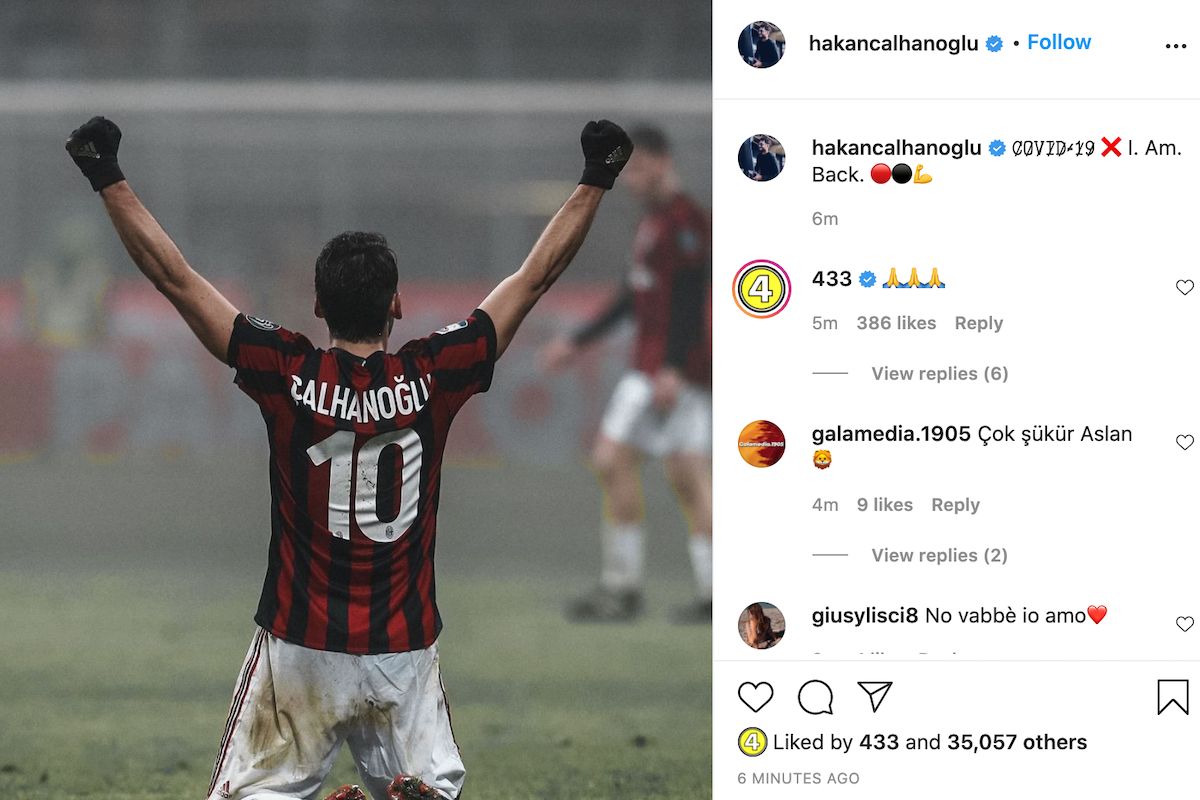 Hakan Calhanoglu has seemingly confirmed that he has tested negative for Coronavirus via his Instagram account, suggesting a return is imminent.

It was announced just under two weeks ago that Calhanoglu had tested positive for the virus alongside team-mate Theo Hernandez, although the latter returned quicker because he had a false positive.

Calhanoglu confirmed that he had some symptoms at the start but those subsided, and now he will be ready to rejoin his team-mates as soon as possible.