Hakan Çalhanoglu: The Missing Piece to the Milan Puzzle

AC Milan have had great names in their midfield for ages. The likes of Rui Costa, Clarence Seedorf, or even Andrea Pirlo contributed to the big history of this prestigious club. The only problem is there has not been a midfield master in the Rossoneri team in a long time and that has cost them to lose the class they once had.

Back in 1986 when Silvio Berlusconi bought the Italian club, he insisted on an extremely attacking football style. The former prime minister of Italy went as far as signing Frank Rijkaard, Ruud Gullit and Marco Van Basten in what remains a historical moment for the club.

What made those transfers monumental was not just the fact Milan had just purchased three of the best players at the time, but also because it was tactically the best combination a team could have wished for.

That structure allowed the team to be creative in the midfield but also create a perfect link between the defense and the attack and allow the striker (Van Basten) to score as many goals as possible.

Since the departure of Seedorf, then Pirlo, Milan have struggled to find the right replacement for these kind of roles Gullit and Rijkaard had that allowed a good link between the defense and the attack and that also gave the main striker of the team the possibility of scoring many goals.

The signing of Ricardo Montolivo in 2012 was supposed to be a continuation of the Milan tradition, but when the Italian midfielder failed to deliver after a long and unfortunate injury, the club lost its identity. By not playing the football that made them one of the biggest club in Europe, they started playing more according to the coach in charge, relying on tactics that were unusual.

However, the problem was not always the coach in place, the biggest problem was the loss of their midfield masters and the lack of replacements. Without strong midfielders organizing the link between each part of the field, that could clear space for deadly strikers, it would not be fair to expect the same quality football Il diavolo once played.

With the arrival of the new Chinese investors, multiple changes have been made to the main team. Indeed, a total of eleven players have arrived, but one in particular could end up being the one Milan have been missing all these years. Some will argue that players like Biglia or Frank Kessie are the best addition the midfield, however, a creative midfield is built with creative players and Hakan Calhanoglu is the most creative midfielder the Italian giant has bought in years.

The past two seasons, it has been proven that Milan strikers had a hard time scoring goals due to the lack of service. Carlos Bacca, former Milan striker has been buried by Serie A defenders on multiple occasions, not because he did not have the ability to outsmart them but mostly because he did not have the support he needed from the midfield to shine.

Once again, there was no link between the defense and the attack. When you have a quality player like Bilgia in your midfield playing in front of the defense, it is an impressive way of laying the foundation, however, even though the midfield needed to be completed with physicality which a player like Franck Kessie brings, without a key player who can be able to distribute and find the strikers at any time during the game, the efforts of the first two could be insufficient.

After being suspended for over six months, Hakan Calhanoglu joined Milan for a €24M fee. His impact has already been felt in the team, linking perfectly between the defense and the attack. He has been involved in most of the goals Milan have scored so far, notably assisting Andre Silva in the Europa League against FC Shkendija, creating the chance that led to Suso’s goal against Crotone, as well as a goal and two assists in Milan’s 5-1 win in the Europa League group stage opening round. 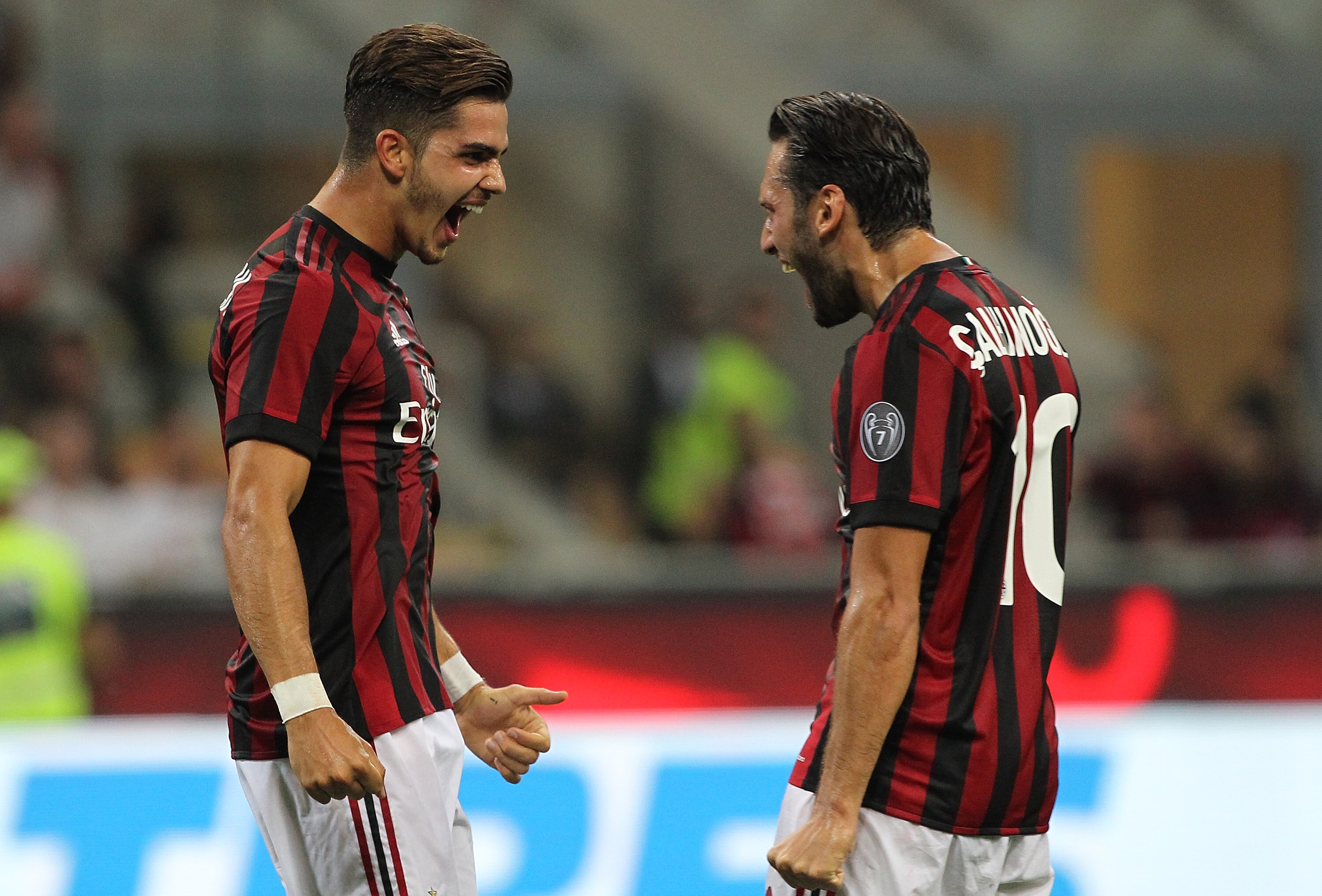 With an ambitious season ahead, Milan can count on one of their best signings and complete the missing piece of their puzzle, a piece they have been missing since creative midfielders like Pirlo, Rui Costa or Seedorf left the club.

With the help of other strong midfielders like Frank Kessie, Lucas Biglia or even the promising young talent Manuel Locatelli, the Rossoneri have a season to look forward to.