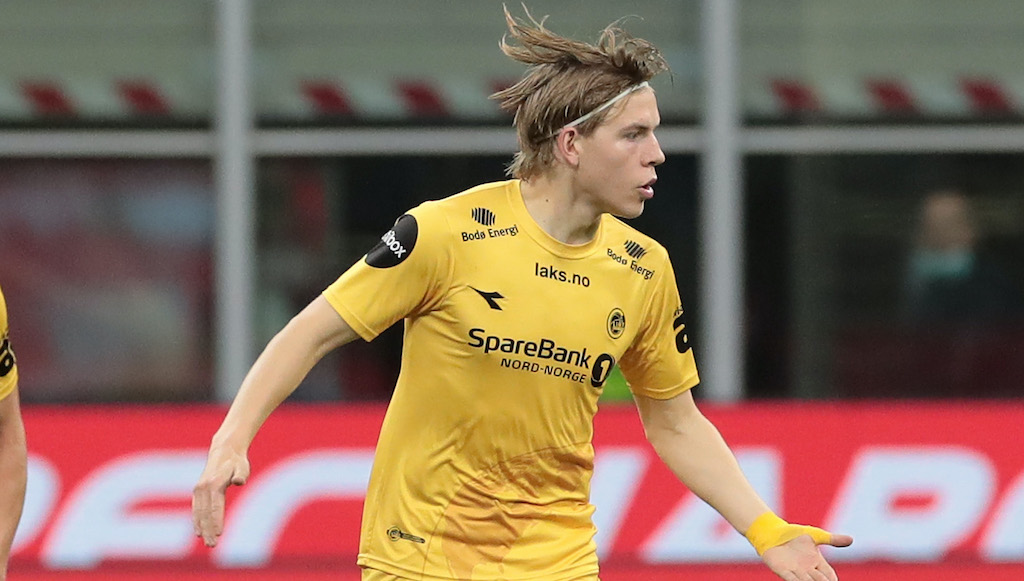 AC Milan are interested in a move for Jens Petter Hauge of Bodo/Glimt – as we revealed – and he has confirmed he is flattered by the links.

The 20-year-old winger has 14 goals and eight assists in 17 Eliteserien appearances, plus three in his two European starts, and Milan fans got a look at him first hand on Thursday night.

Hauge scored an absolute howitzer from 25 yards out to trim the deficit back to 3-2, and he also added an assist for their opening goal, proving to be a menace for the right side of the Rossoneri’s defence for the entire game.

Sources have told us that Milan were so impressed by what they saw that they will make an attempt to sign him, and that contacts have been made with his agent.

Hauge was asked by Norwegian broadcaster TV2 about whether there have indeed been contacts with his agent Atta Aneke.

“It is not something I focus on or have been particularly updated on,” Hauge said.

“It is of course a club I would like to play for. It is one of the biggest clubs in the world, something I got a taste of yesterday considering both the city and the stadium.”

After the match, the 20-year-old received praise from AC Milan’s coach, Stefano Pioli.

“It’s very fun. It’s nice to be noticed and fun that they appreciate the qualities I have. I definitely take that with me further and use it as motivation to get even better, Hauge answers about the praise from the Milan coach.”

Do you feel that it may be the right step to take?

“Yes, I do. As long as the system fits and the coach has faith in me, such a step is affordable.”A