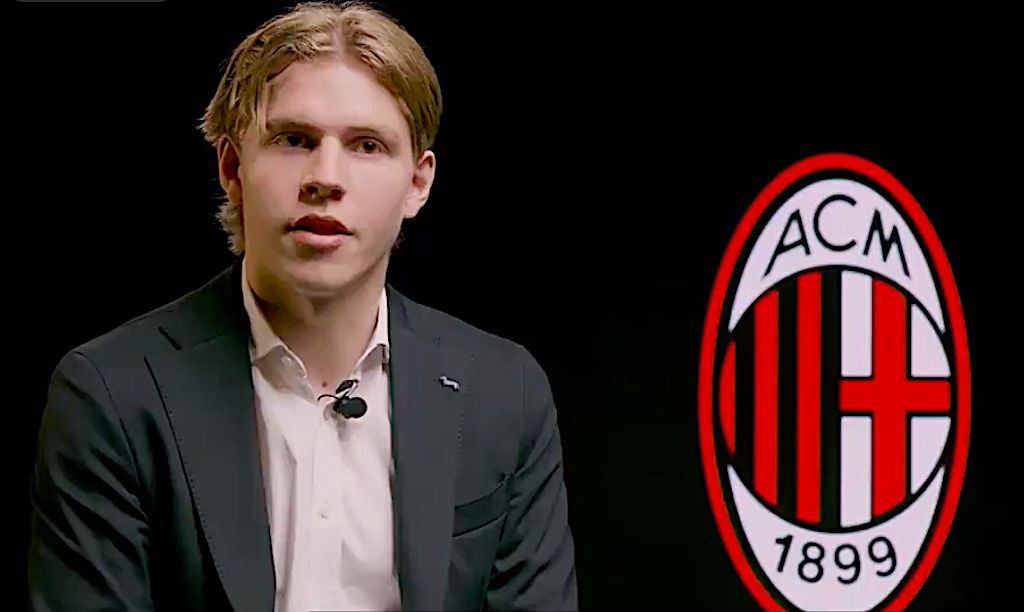 Hauge reflects on Norway call-up and Milan move: “It is a week that I will remember for a lifetime”

New signing Jens Petter Hauge has reflected on what has been an incredible week for him, including a first call-up to the Norwegian national team and a move to AC Milan.

We revealed back on Friday morning that Milan have been serious in their pursuit of the winger since the 3-2 win over Bodo/Glimt at San Siro in the Europa League, a game in which he scored and notched an assist, and the operation moved quickly.

It moved so quick in fact that Hauge was able to speak to Milan TV about the last few days and his emotions after completing the switch.

“It was a journey, a long journey but I am happy to be still here in Milan,” he said (via MilanNews).

“It was great to come home to Bodo after losing the first game of the whole season against Milan. To go back to Bodo and win a game, receive my first call-up for the national team and come back here to sign the first contract of my life. It is a week that I will remember for a lifetime.”

On Italian football: “Italian football is fantastic, it suits my characteristics well. The fans are passionate and history says that great clubs play in Serie A.”

We spoke to Jens Petter’s father about what qualities his son will bring to Serie A and to the Rossoneri, and the 20-year-old also shed some light.

“Playing football is fun: ball possession, dribbling and quality are also my characteristics as a player. I like to hold the ball, try dribble and entertain the fans a bit like a futsal player even if you play less. I enjoyed playing Futsal but now I only think of football clearly.”

Hauge has 28 goal contributions this season already including 18 goals and 10 assists. What does he prefer, an assist or a goal?

“For me it is the same. If I score or a team-mate of mine does it makes me happy in the same way. The important thing is that we win.”

On the prospect of playing with Ibrahimovic, he added: “It is an incredible opportunity. I can learn from one of the best in the world.

“Zlatan has had a fantastic career and having the chance to learn from him and speak Norwegian or Swedish will be great. I can not wait.”

On his call-up to the national team: “I was very happy when I received the news. I have played in the youth teams for a long time and now I am in the senior national team.

“It has been a long journey, I have been dreaming of it for a long time. I can’t wait to go back to Norway next week and maybe make my debut ”

On football in Norway: “It’s working hard as in any other field of life, you have to work hard and you need that willingness to make sacrifices to make that leap in quality like me, Haaland and many other Norwegian players. It will be nice to meet again and give him some assists ”

On why he chose the number 15: “I’ve always liked it, I wore it when I was playing at Bodo. It’s a number that I really like, it’s a great number.”

Finally, a message to the fans…

“I received a lot of news and messages from the fans last week. I hope they can return to the stadium soon and I hope to entertain you.”