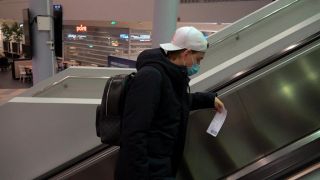 Jens Petter Hauge has highlighted just how important technical director Paolo Maldini was in convincing him to sign for AC Milan.

As we were first to reveal on Friday morning, Milan have been serious in their pursuit of the winger since Thursday’s game against Bodo/Glimt at San Siro in the Europa League.

According to Daniele Longo of Calciomercato.com and other major sources, the Rossoneri have reached an agreement with Bodo/Glimt for the transfer of Hauge, who is expected to join straight away. The fee of the operation will be €5m.

Hauge was intercepted at the airport before taking the flight to Milano by TV 2 Sporten, and his comments were transcribed by MilanNews.

“It is clear that it is an incredibly big club. Things have become reality in recent days, and I think it’s feasible to play for Milan,” he said.

“It will be exciting to see what the next few days will bring. I hope everything will go well. It is a step that I felt I was ready to take. I just have to thank Bodo/Glimt for the collaboration we have had in the last few days.”

There were rumours circulating that Maldini held a private conversation with the winger after the game on Thursday night at San Siro, and Hauge seemed to confirm that.

“There have been conversations. And of course I can’t wait to go back there and talk properly with them,” he said.

Hauge also revealed that he will be saying goodbye to Bodo definitively, rather than being loaned back until the winter like some outlets suggested.

“It will be difficult to leave this team. There is enthusiasm both around Bodo/Glimt and Norwegian football that I have not experienced since I started playing at the highest level. It is difficult to leave the club. but at the same time everyone agrees that it is right for me to do it now.”