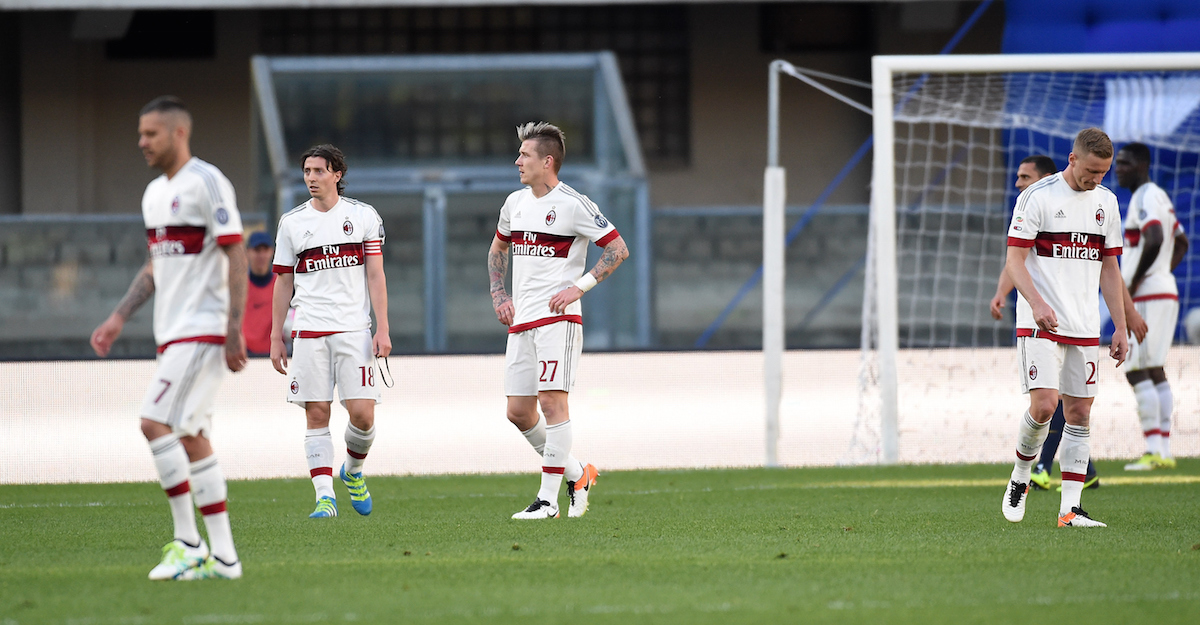 AC Milan were beaten 2-1 by bottom side Hellas Verona at the Stadio MarcAntonio Bentegodi on Monday afternoon.

Jeremy Menez opened the scoring in the first half, but second half goals from Giampaolo Pazzini (pen) and Luca Saligardi.

The ratings for the match are below…

Donnarumma (9 MOTM) – Time and time again we’ve seen him come up with incredible saves. Gigio was undoubtedly our best man in the field, keeping us in the game when we could have been out on several occasions. Unfortunately, though, penalty and a well taken free-kick were able to beat the young goalkeeper.

Abate (6) – Ignazio had a lot to do down the right flank, as he usually does, creating chances and getting involved with the attack as well as contributing defensively.

Zapata (8) – The Colombian defender has been a brick wall at the back, blocking quite a lot of crosses and shots at goal. He was completely bossing the defense and was among the best performers on the pitch.

Romagnoli (6) – Other than the unfortunate penalty given away, Alessio didn’t have a bad match but didn’t have a good one either. Still young and determined, the Italian defender is still improving and is a crucial element of the Milan defense. 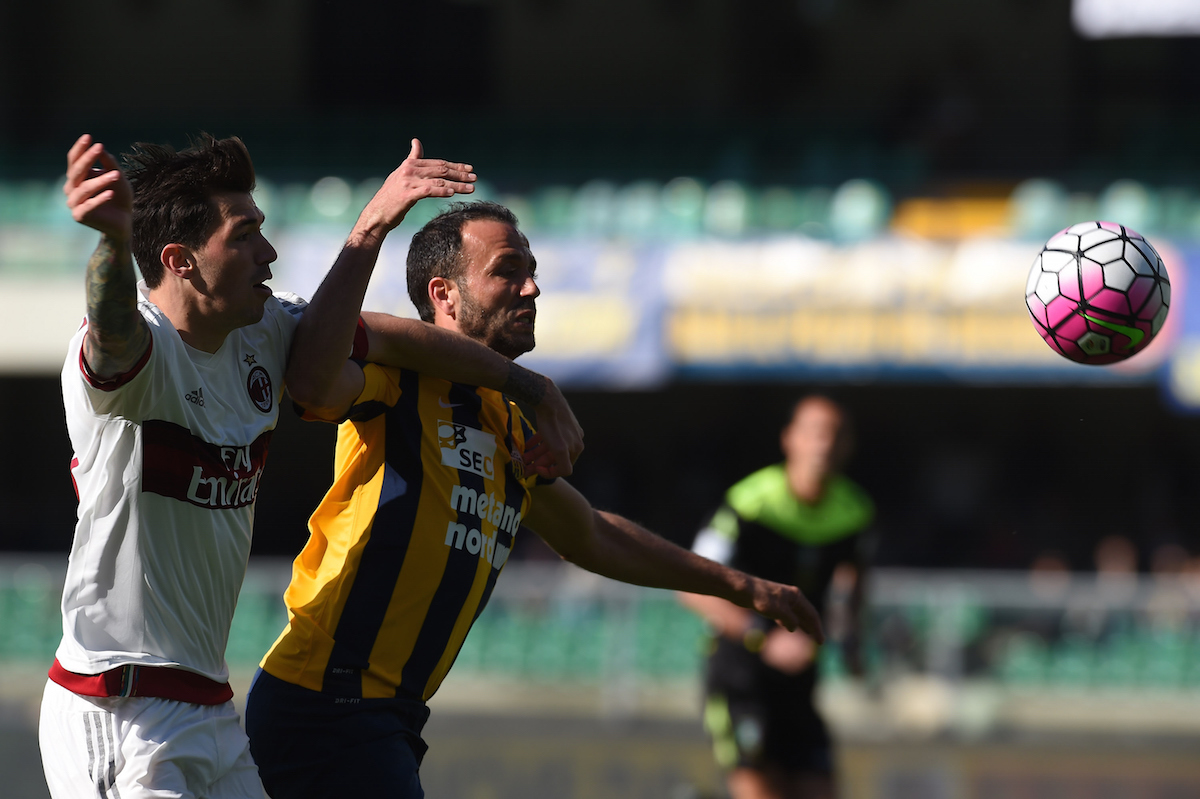 De Sciglio (N/A) – Bad luck Mattia. Finally back in the starting line-up to try and redeem himself and get himself back to playing regularly, forced off through injury due to a stomp on the face. De Sci has been one of Milan’s least impressive players as of late but maybe, just maybe, there might still be hope we could see a turn of fortunes for him?

Kucka (6) – It was a rather below average performance from the Slovak but he did enough in midfield and showed why he was missed in midfield during his suspension.

Montolivo (4) – Another day, another terrible performance by il capitano (how do we still call him that?). Montolivo has been poor for quite a while now and it could be time he’s relegated to the bench.

Mauri (6) – Finally getting his first Serie A start of the season with the Rossoneri, Jose has put in a fine performance, working hard in the midfield and picking out a few great passes creating chances up front.

Honda (5) – The Japanese midfielder barely did much apart from his strike which led to Jeremy Menez’s rebound for the first goal and looked limited in a central role which is surprising since that is the role he is most accustomed to. 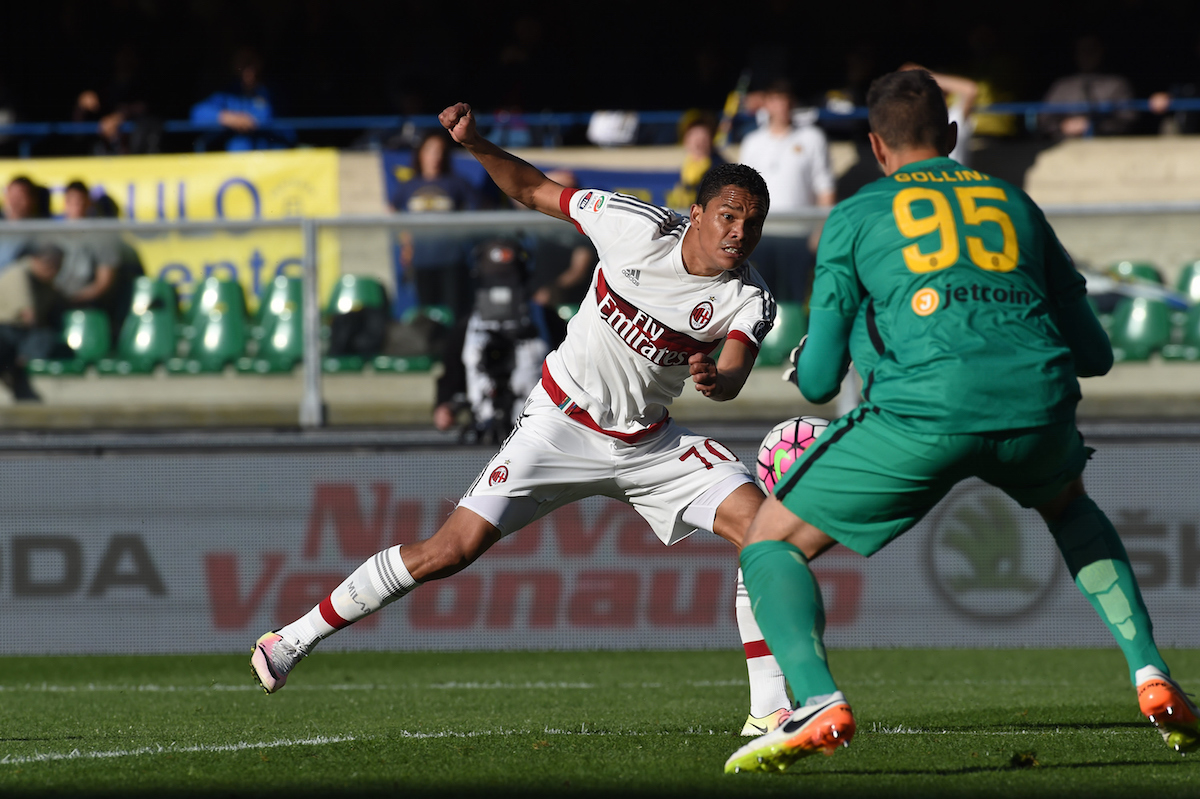 Bacca (4) – Carlos has been in poor form lately, and it’s ongoing with another below average performance. The Colombian has missed quite a few chances and hasn’t impacted the game in a good way… The rabona didn’t help either.

Menez (5) – Despite the Frenchman bagging a goal, his first in Serie A since April 4, 2015 against Palermo, he hasn’t had a great game. His positioning was off and his overall play was poor, could be due to lack of fitness.

Antonelli (6) – Coming on for injured Mattia De Sciglio, Luca Antonelli immediately made an impact creating a number of chances from the left flank. He almost got an assist had Menez been able to tap in a low cross for the Italian left-back which was cleared by former Milan left-back Michelangelo Albertazzi.

Luiz Adriano (N/A) – The Brazilian striker came on late in the game for Jose Mauri, who was on a yellow card, to try and squeeze out a win for the Rossoneri but unfortunately failed to do so.

The Coach (5) – This was Cristian Brocchi’s third match as Serie A coach and it didn’t go too well. The Italian was short on options due to injuries and suspensions but despite the absences, the Rossoneri were expected and probably should have played better and gotten the 3 points.