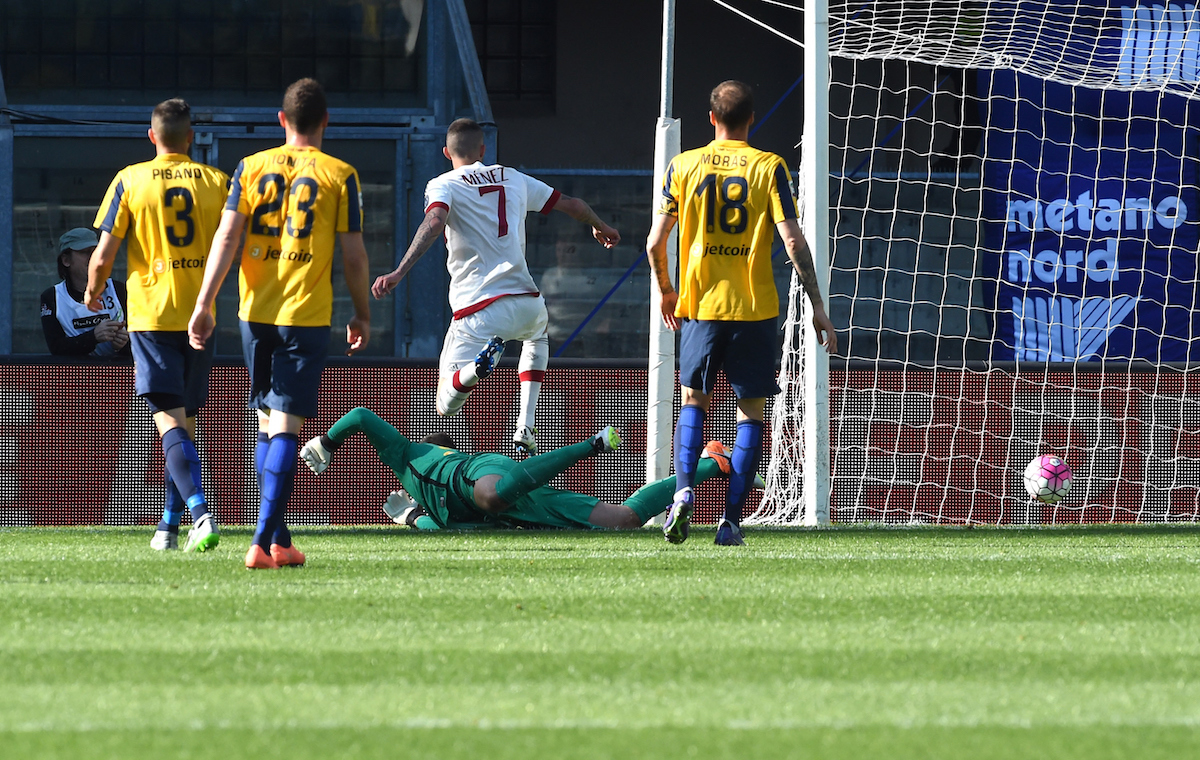 AC Milan missed an opportunity to close the gap on Fiorentina as they lost 2-1 at bottom-placed Hellas Verona.

Luca Siligardi was the hero as he converted a last-gasp winner to give the hosts only their fourth win of the season.

Jeremy Menez had given the Rossoneri the lead, but a second half penalty from Giampaolo Pazzini levelled proceedings.

The result means Milan stay six points away from fifth spot and fail to capitalise on Fiorentina’s defeat, while Hellas will still likely be relegated.

The home side started better despite their lowly status, and it was the former Milan player Giampaolo Pazzini causing all the early problems as he fired over from close range.

Gianluigi Donnarumma was required to save from the dangerous Pazzini less than a minute later, using his legs well to block an effort from eight yards. 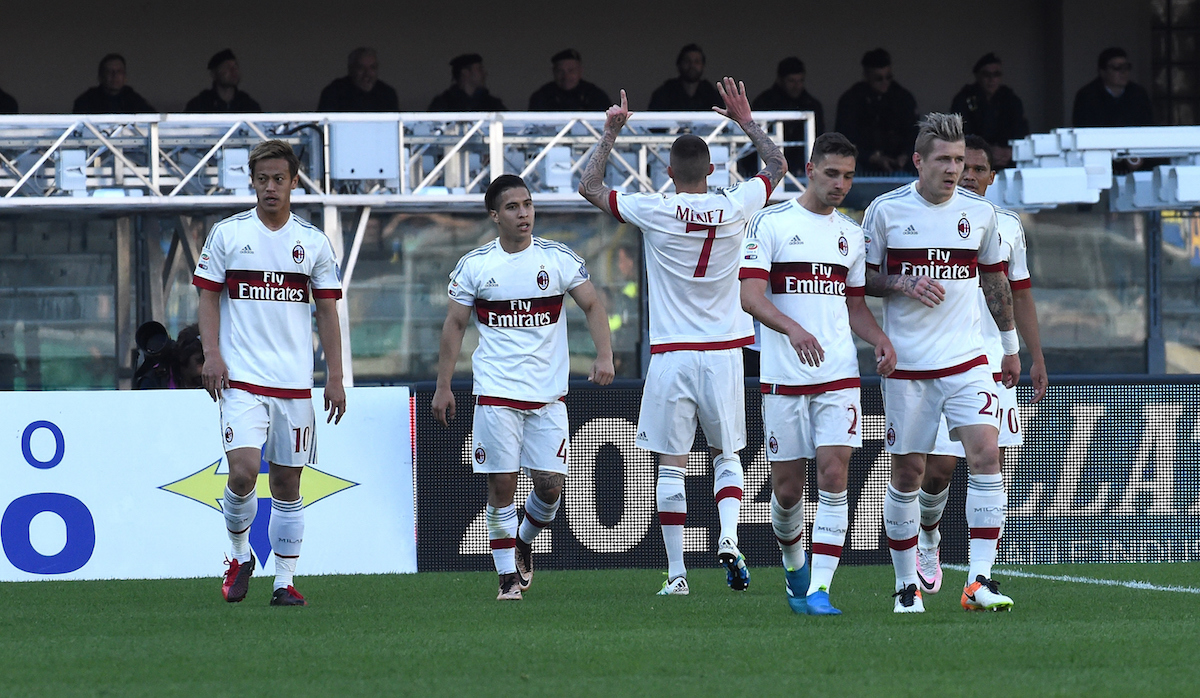 Milan somewhat fortunately struck first in the game and it came from a player who had not scored for the Rossoneri in over a year.

Keisuke Honda found space to fire from 20 yards, and Verona ‘keeper Pierluigi Gollini could only parry into the path of Menez who tucked home off the post from close range.

On the half hour mark the Frenchman could have doubled the lead when he was slipped through on the left edge of the box, but his shot from a narrow angle was comfortably saved.

Bacca had a goal ruled out in the 35th minute for offside after he stabbed home a rebound, which upon reflection was the correct decision.

Luca Antonelli, who came on for the injured Mattia De Sciglio, did well to win the ball back on the left side before squaring from the byline, though Menez was just beaten to the ball at the far post to deny an easy tap-in. 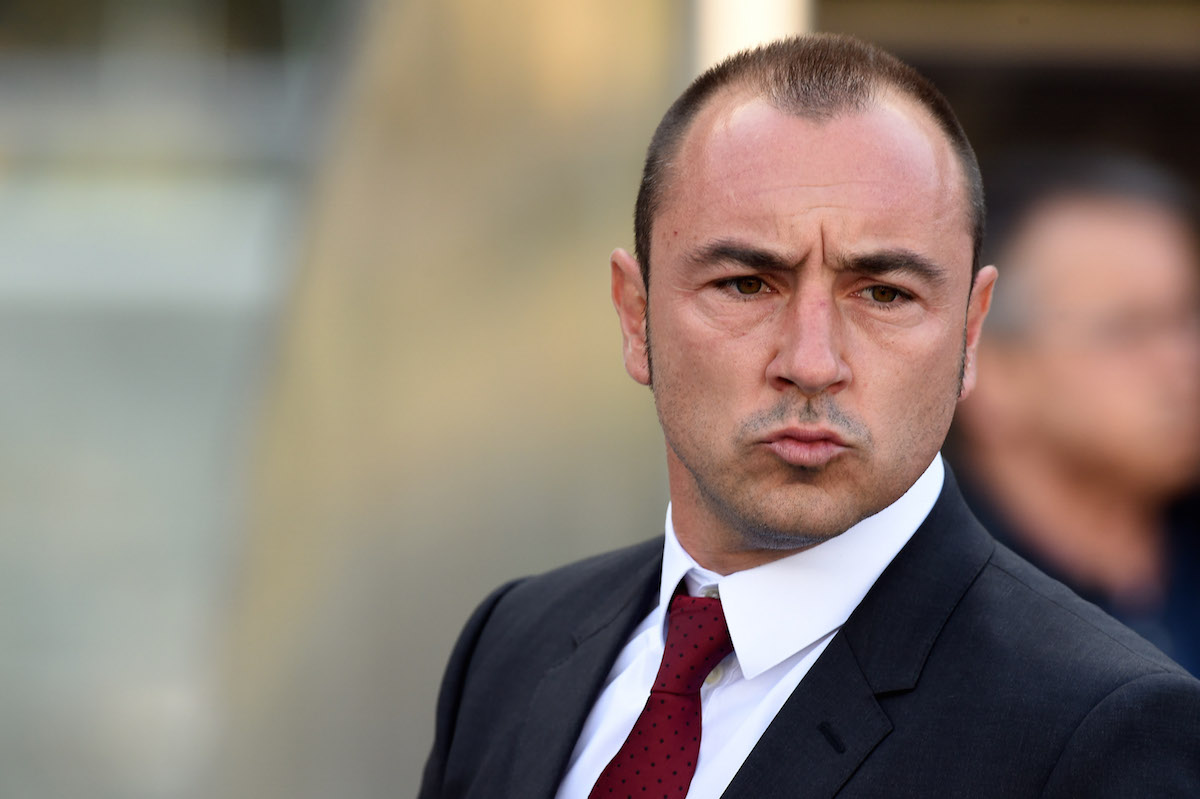 After a scrappy start to the second half, Milan began to fashion openings, and Bacca will be frustrated not to have got his first of the game when his attempted rabona finish went straight into Gollini’s hands.

Gollini was then caught by the Colombian minutes later as he tried to reach a through ball from Abate, although there was no menace in the challenge.

Menez was unlucky not to bag a second when Bacca had a shot parried straight into the path of his teammate, with Pisano producing a well-time block to deny the finish.

Hellas were given a route back into the game with just under 20 minutes left when a penalty was awarded for a handball on Alessio Romagnoli.

Pazzini stepped up and converted the penalty emphatically to hurt his former team and give the bottom side a rare moment of joy.

The game opened up late on with both teams exchanging attacks in a frantic search for a winner. Bacca came close when he shot from 20 yards out and curled an effort wide. 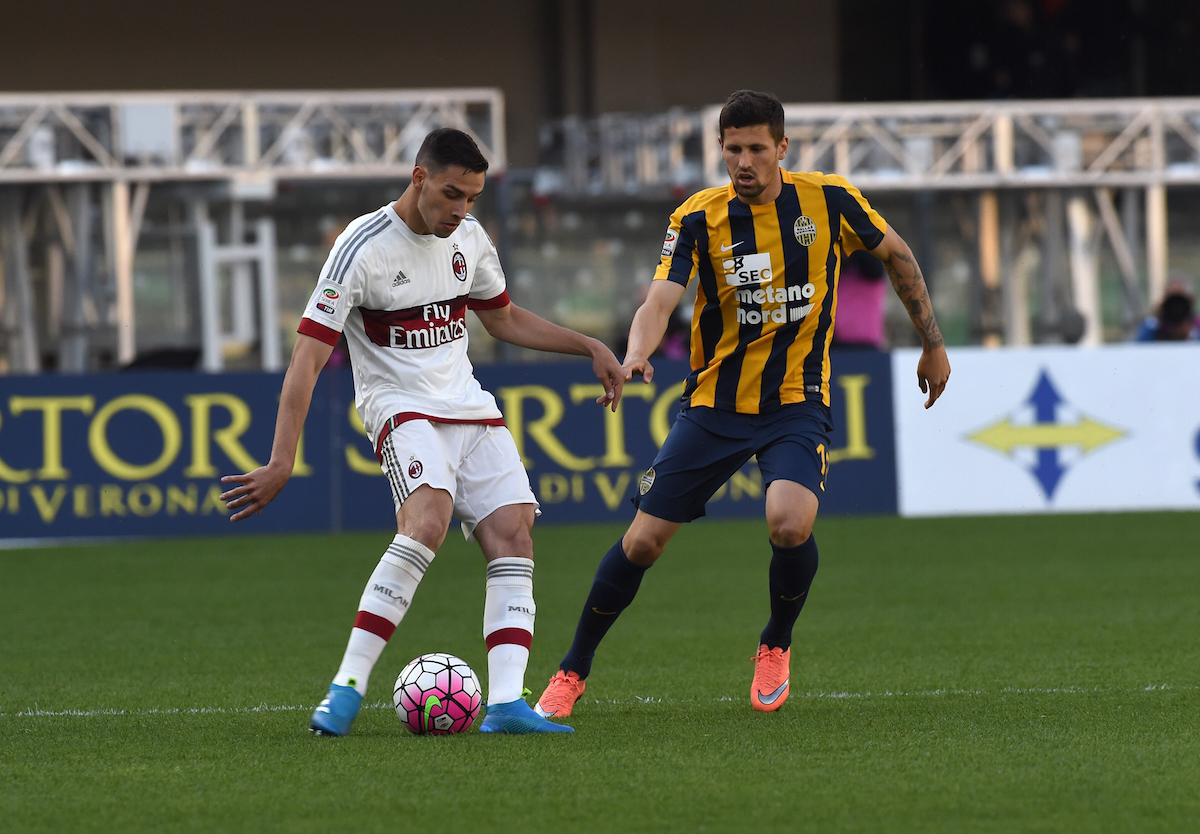 Milan came close again when a corner was only half-cleared, allowing Menez to slide a ball across the face of goal with nobody on hand to poke home.

Romulo then found space inside the box to fire a shot on goal, yet Donnarumma was on hand again to save well and gather the loose ball.

‘Gigio’ was called into action again to save a curling shot from Pisano that was heading for the top corner.

If anything could be taken from the game, it was that Verona played with the spirit and fight of a team not yet relegated.

When Luca Siligardi stepped up and smacked home a 95th minute free kick off the crossbar, it was a fitting moment for the home side, who deserved the 2-1 win.