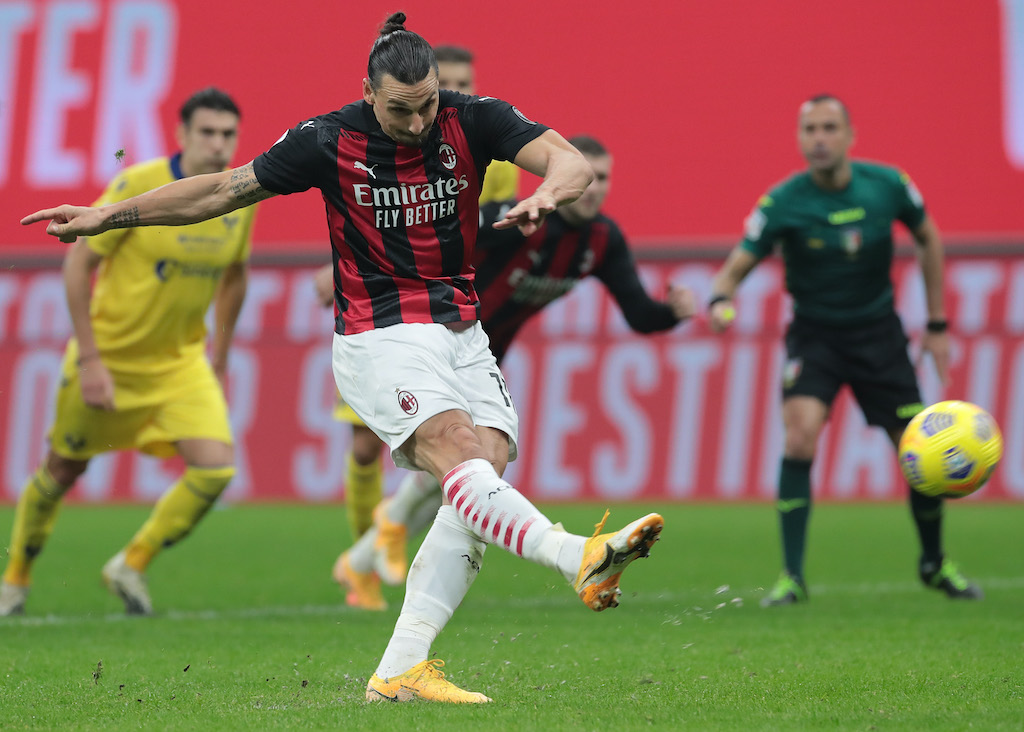 Hellas Verona goalkeeper Marco Silvestri has revealed that he had a word in the ear of Zlatan Ibrahimovic before his missed penalty.

Milan left it late at San Siro as they battled back from two goals down to earn a 2-2 draw against Hellas Verona. The Rossoneri found themselves in a horrendous position as they were two goals down inside 20 minutes as Antonin Barak and a Davide Calabria own-goal put the visitors in command.

A Giangiacomo Magnani own-goal then halved the deficit and Ibrahimovic popped up in the 93rd minute to rescue a point, but that doesn’t tell the whole story as the Swede blazed a penalty over the bar and handled the ball for a disallowed goal moments before.

Ibrahimovic does not have a very good relationship with penalties, having missed three of his last four shots, and now Hellas goalkeeper Silvestri has revealed said something to the Rossoneri centre-forward before the shot.

“I told him ‘You missed the last one’. I said that two times to try to convince him to not kick the ball in the same spot of his last penalty, because if he would have done it, he would have scored,” he told Sky Italia (via MilanLive).

“He never looked at me as I talked to him. I thought about it for a moment before I spoke to him, then I thought I had nothing to lose and went. It came to me instinctively, I saw him very focused and I tried to make him pull it where he likes best, that is hard on my right. If he had shot to my left I would never have saved it.”