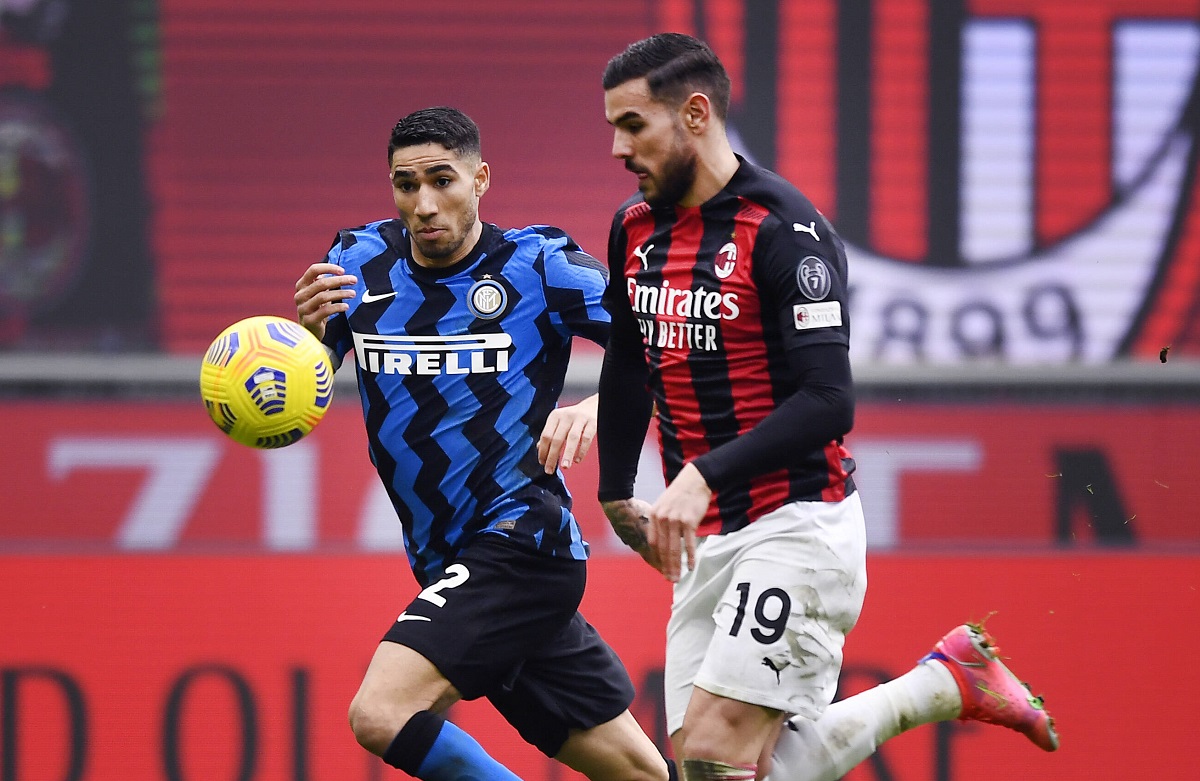 Theo Hernandez joined Milan in the summer of 2019 and has been a huge success for the club ever since. Real Madrid will perhaps have a few regrets, seeing as they let him go for very little.

Paolo Maldini flew to Ibiza and managed to convince the player, as you would expect, and then struck an agreement with Real Madrid at €20m. 12 goals and 11 assists later, it’s clear that Hernandez is worth a lot more than that today.

He’s considered one of the best left-backs in the world as he has had a huge impact on Milan with his modern characteristics, offering support in attack. Last summer, Inter signed a similar player in Achraf Hakimi but for the other side, also from Real.

Just like Hernandez, he’s considered one of the best in his position and the Bernabeu side will surely be a bit frustrated. In an interview with AS, Hernandez praised the Inter star and also explained why it was best for both to get out of Real Madrid.

“We are enemies on the pitch, but very friends outside. He’s a great player, I know him well, and we have similar characteristics. We are very offensive full-backs…

“Why we didn’t have space at Real? I can’t say, they are the decisions of the club and the coach, but the best thing for both was to get out of there. If a footballer doesn’t play, he can’t prove anything. Now we are both doing it,” he stated.