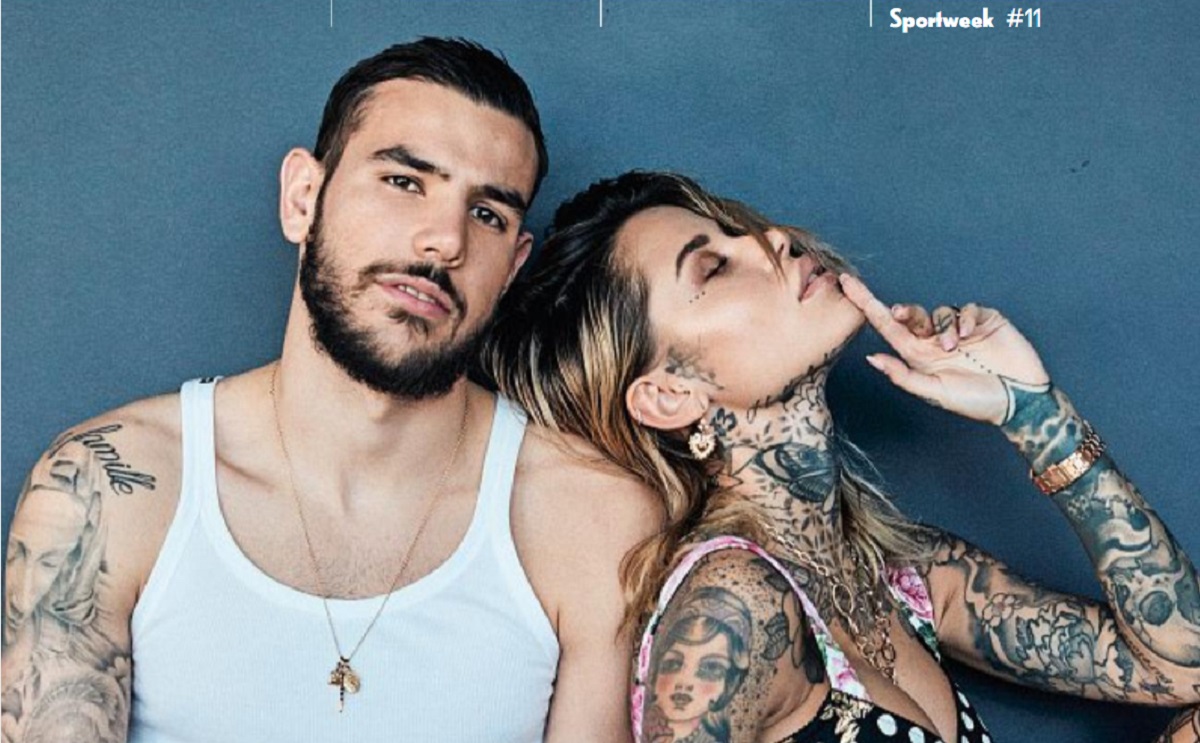 Theo Hernandez is ready to make a return after missing the games against Hellas Verona and Man Utd, the latter due to stomach issues. He trained all day yesterday and should start against Napoli tomorrow evening.

The left-back has been an important player for the Rossoneri since his arrival from Real Madrid and this season, he has four goals and four assists in 22 league games. Not bad at all, given the position he plays in.

In the weekly edition of Gazzetta Dello Sport, also knows as SportWeek (via MilanNews), Hernandez was interviewed about life in Milan and his relationship with Paolo Maldini, among other things. The latter, of course, convinced him to join the club.

“What is pride? Winning at Milan makes me feel proud. I’m crazy, but not the craziest one. Samu (Castillejo) is crazier than me. With Samu and Brahim (Diaz) we are always together, we come from Madrid, and we love playing pranks on Italians.”

“I want to be the best and I have to go on this path and I don’t have to settle. I’m like that. What do I think when I aim for the goal? I don’t think, I’m going to score. I really like to score. I have to score at least 8, one more than last year.”

“He gave us courage, he gives us lots of advice and sometimes even scolds us (but always to motivate us). When I came back from vacation, he told me: where are you going with 90 kilos here?

“If he is more likeable than Zidane? Yes, have you seen the news? We have fun. He is strong. Zidane is also nice, but he talks less. Real? Maybe I was too young, if you don’t play it is difficult to prove. Pioli immediately gave me confidence. And I got excited.”

“He took his time for a coffee to convince me. He called me and joined me in Ibiza, I didn’t believe it. He’s a myth for me, he always has been. And his every word is important. Like Marcelo at Real.”

“There is Inter, there is us, Roma, Juve. Two years ago, there was only Juve. We are there and we fight until the end. Inter are a good team, but Juve are stronger. No, it’s not over, everything is still open.

“We have seen other times the first run away even with many points ahead, and then the second wins. This year it’s not easy even with the small ones, the standings count little. A choice between the Scudetto, a place in the Champions League or the Europa League? No, you want it all.”

Despite his success at Milan, Hernandez is yet to be called up to the French national team and that has surprised many. The country does have many good left-backs, but one could argue Theo is the one in the best form.

“Deschamps? I’m waiting, he hasn’t called me yet… It’s a dream for me to play with my brother in the France shirt. For two years, since I’ve been here, I’ve also been playing to go to the national team. I always have the phone in my hand.”