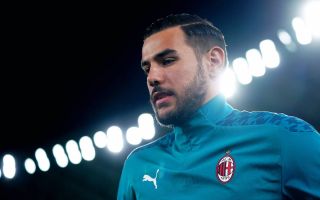 Theo Hernandez arrived at Milan from Real Madrid in the summer of 2019 for a bargain price of just €20m, now worth about three times as much. Paolo Maldini was the man behind the deal, securing it himself.

The story has been told many times, frankly, but it’s hard to get tired of how the Milan legend secure the player. Setting up a meeting in Ibiza, the two sat down to talk and hit it off straight away, which has turned out to be great for Milan.

Since his arrival, Hernandez has bagged 12 goals and 11 assists from his left-back position, which is indeed impressive. In an interview with Spanish outlet AS, he spoke about Maldini and his time at Milan thus far.

“He called me because he wanted to see me, he surprised me and it was a very nice meeting. He said I had talent, that I could become a great player. We talked about my situation at Madrid, my years at Alavés, at Real Sociedad. We did it as if we were two friends.

“He says I can become the best in the world? It makes me feel great that a legend like him says that, but at the same time it makes me want to keep working hard. It’s what I’m doing, being with the team to death,” he stated.

The defender is yet to receive a call from France head coach Didier Deschamps, meaning he will remain in Italy during the break. Hopefully, he will be even hungrier to show his qualities and prove the manager wrong.

READ MORE: Why Milan missed out on free signing of Porto midfielder – his new deal