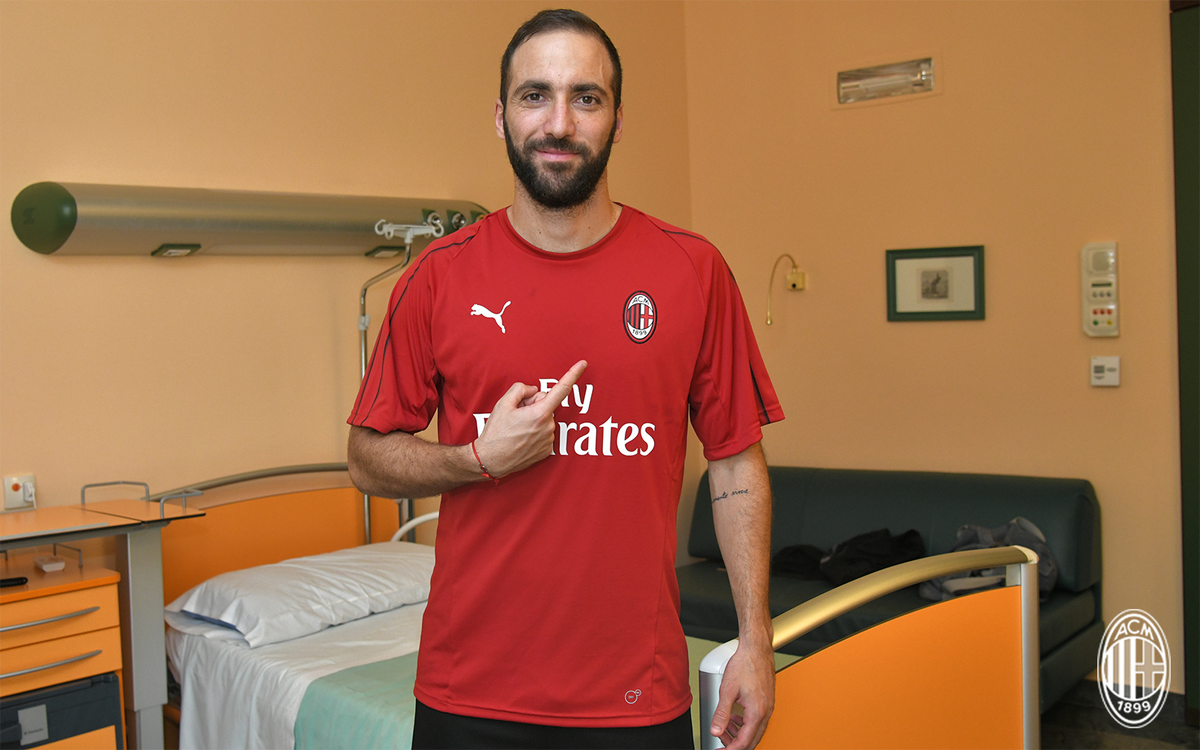 Gonzalo Higuain is only one step from becoming a Milan player. Yesterday evening Milan and Juventus agreed on the striker’s move along with a swap deal including Mattia Caldara and Leonardo Bonucci, who will move back to his former club.

The 30-year-old Argentinian arrived in Milano yesterday and was greeted by several hundred fans at the Westin Palace hotel.

This morning, Il Pipita arrived at the La Madonnina clinic to undergo his medical checkups and everything went according to plan. After four hours the player left the hospital and is expected to sign his contract later today.

“If I am happy? Very, very happy,” Higuain said upon his exit from the La Madonnina clinic.