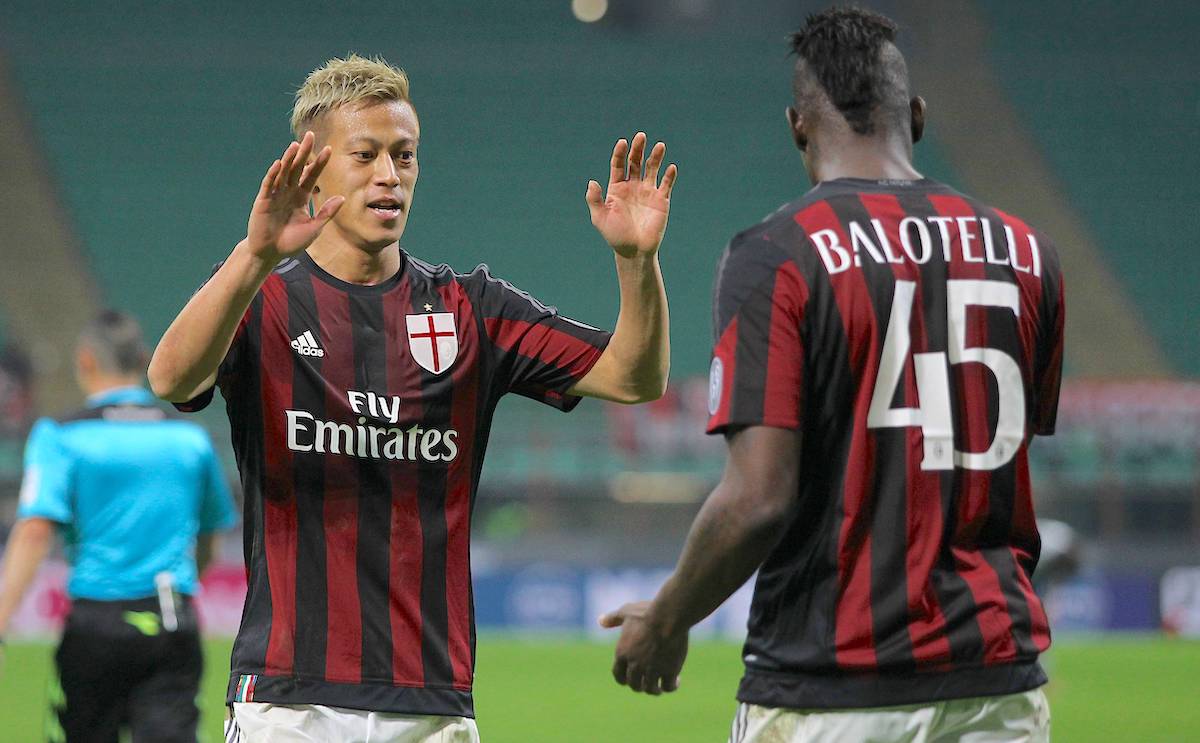 Keisuke Honda has revealed some interesting anecdotes about his time at AC Milan, including why Mario Balotelli never realised his potential.

Mario Balotelli is a name that has been etched in football folklore due to his unpredictable and erratic behaviour, on and off the field. No matter how erratic, Balotelli has provided some of the most memorable moments in recent football history.

He notably remembers the antics of Balotelli, who he cites as ‘a huge talent’. Speaking to Gazzetta Dello Sport (via Goal.com), Honda commented on his playing days with the controversial Italian forward, whose routine he wanted to change.

He said: “A huge talent, yet he did nothing to improve. I wanted to change his daily routine: ‘Mario, trust me. If you want to become the best you have to train hard.’ He looked at me with a straight face and the next day he showed up at the gym 40 minutes before the session. Also the following day. By the third, he was already bored. That’s Mario.”

Balotelli was largely known for his contentious stints at Manchester City, Liverpool and Brescia. He appeared for Milan for a one and a half year period between January 2013 & August 2014.

Speaking more generally about his time at Milan, Honda added: “My Milan was difficult, some didn’t give 100%. In the Rossoneri there were no strategies or top players. Mister Filippo Inzaghi took on many responsibilities.

“Alessio Romagnoli and Gigio Donnarumma? Romagnoli is a great defender, but in those years he too was not training 100%. He should believe more in himself and have a different philosophy. Gigio can become one of the best goalkeepers in the world, like Gianluigi Buffon. I always told him, if he can, he’ll have to offer me a dinner with good wine.”