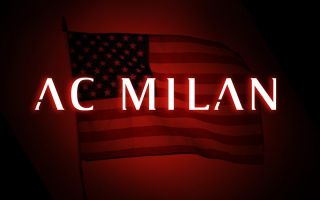 AC Milan are still one of the biggest clubs in the world, regardless of their recent trophy haul. The legendary status of the club precedes it, especially in markets where football fan bases are starting to develop around seasoned followers.

The United States is a notoriously massive and sports-hungry market, and right now, football is starting to take root. Sure, a few pre-season tours have expanded the image of European clubs in the US, but with their own MLS taking off, there are far more football-savvy fans in the country who can appreciate a superior standard.

In the winter transfer window, AC Milan were so close to clinching a deal which would give them a better gateway into the US market, but that fell apart. Still, there is certainly scope for a historic club like AC Milan to claim a piece of the American pie, especially if fans know how to engage with the Italian outfit.
Enhancing AC Milan’s American standing.

One of the best ways for a foreign club to hold appeal in another country is by signing one of the nation’s best current or best up-and-coming players. Manchester United have proven this in the past, with the signing of Tim Howard to appeal to Americans and Park Ji-Sung, which earned them a huge fan base in the Korea Republic. They even made ground in China by bringing in Dong Fangzhuo.

Quite surprisingly, AC Milan was closing in on a deal for USA international and Wigan Athletic left-back Antonee Robinson over the winter. However, this potential deal collapsed after his medical flagged an issue so close to the deadline. That said, we did relay that Milan are still interested in signing the 22-year-old.

This would be both an organic and a proven route to take for AC Milan. Signing a player like Robinson, Sergiño Dest from Ajax, or Cristian Roldán – who has already earned thousands of fans with the Seattle Sounders – would greatly boost the appeal of following AC Milan for football fans stateside.

Of course, the club has to make sure that the player can become a first-team regular if they make a move, as American fans won’t appreciate a foreign team wasting one of their talents on the bench.

The sport of football is already growing across the United States and, most importantly, the football ecosystem is now starting to develop more of a European feel. It’s already established in several other states, but now even Iowa has regulated sports wagering per Legal Betting.

With Serie A present in the markets, fans will be able to engage with AC Milan on match days, backing the Rossoneri to win games or certain players to score goals.

It all helps to build an active, knowledgeable, and interested fan base for the club in the United States. Such markets could also encourage more fans to tune into the ESPN+ streams that show Serie A matches each week. As these activities grow in popularity, more interest in clubs like AC Milan will develop naturally.

Another avenue to take would be to make more appearances in various football-loving markets across the USA. Going on pre-season tours can be helpful for raising awareness, particularly in states that other big clubs don’t venture to, as well as staging crossover events with other sports teams.

Like AC Milan, Juventus are a major and recognisable club in the USA. The continual Serie A champions now see the Italian market as having reached its maturity, and so, the Old Lady looks to conquer America. Showing some innovation, Juventus made a deal with the NBA’s Brooklyn Nets – who also wear black and white – for the basketball team to host a Juventus Night, as described by Forbes. This is a very on-the-nose way to try to force one’s way into the market.

Perhaps a better way would be the more subtle approach of making appearances in the summer and signing a top American talent to the club. There’s already a small but active AC Milan fan club in the US, and football continues to prove more popular every year, so there is definite potential to cultivate more AC Milan fans in America.