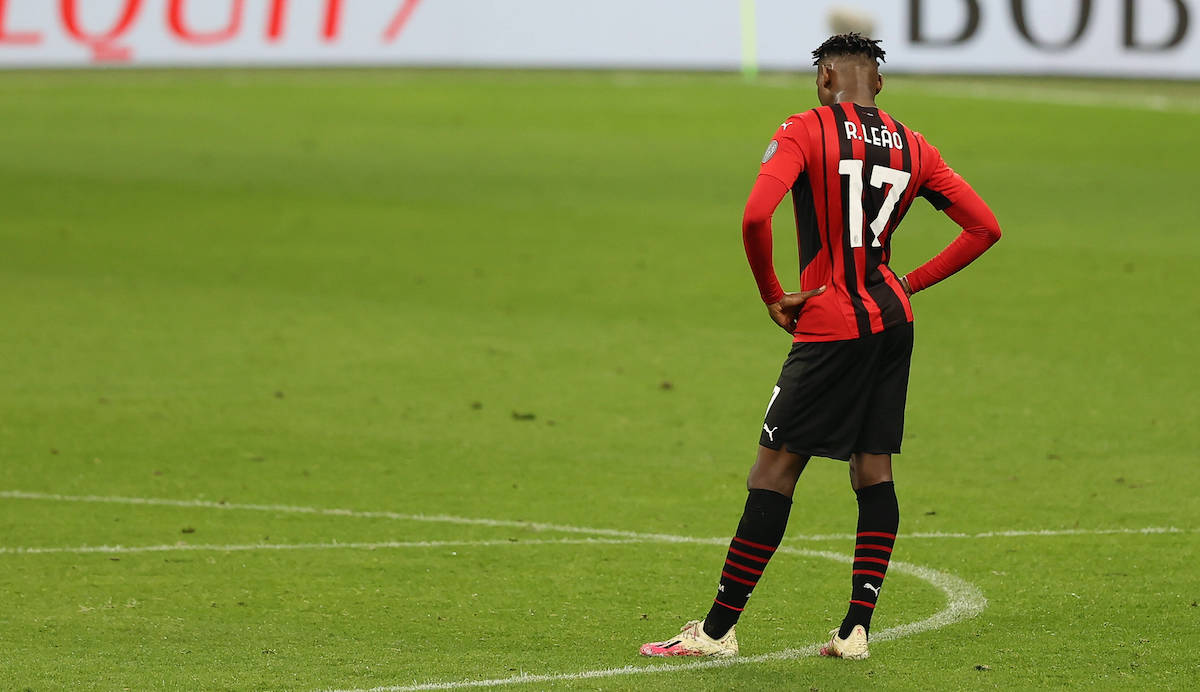 Ante Rebic could miss the game between Milan and Atalanta tomorrow due to an injury, which kept him from taking part in the full training session this morning. In other words, it’s a big chance for Rafael Leao.

The Portuguese youngster came off the bench against Cagliari and impressed as he had a positive impact on the game. Unfortunately, it wasn’t quite enough to claim all three points but Milan will get another chance tomorrow.

As was confirmed by Stefano Pioli during the press conference today, which you can read here, Rebic is at risk of missing out. Everything will be decided tomorrow but it seems Leao will be given the responsibility from start.

Of course, Pioli also has Mario Mandzukic at his disposal but the No.9 hasn’t been able to impress since he arrived back in January. Leao will be able to prove all the doubters wrong with a good performance tomorrow, but it won’t be easy.