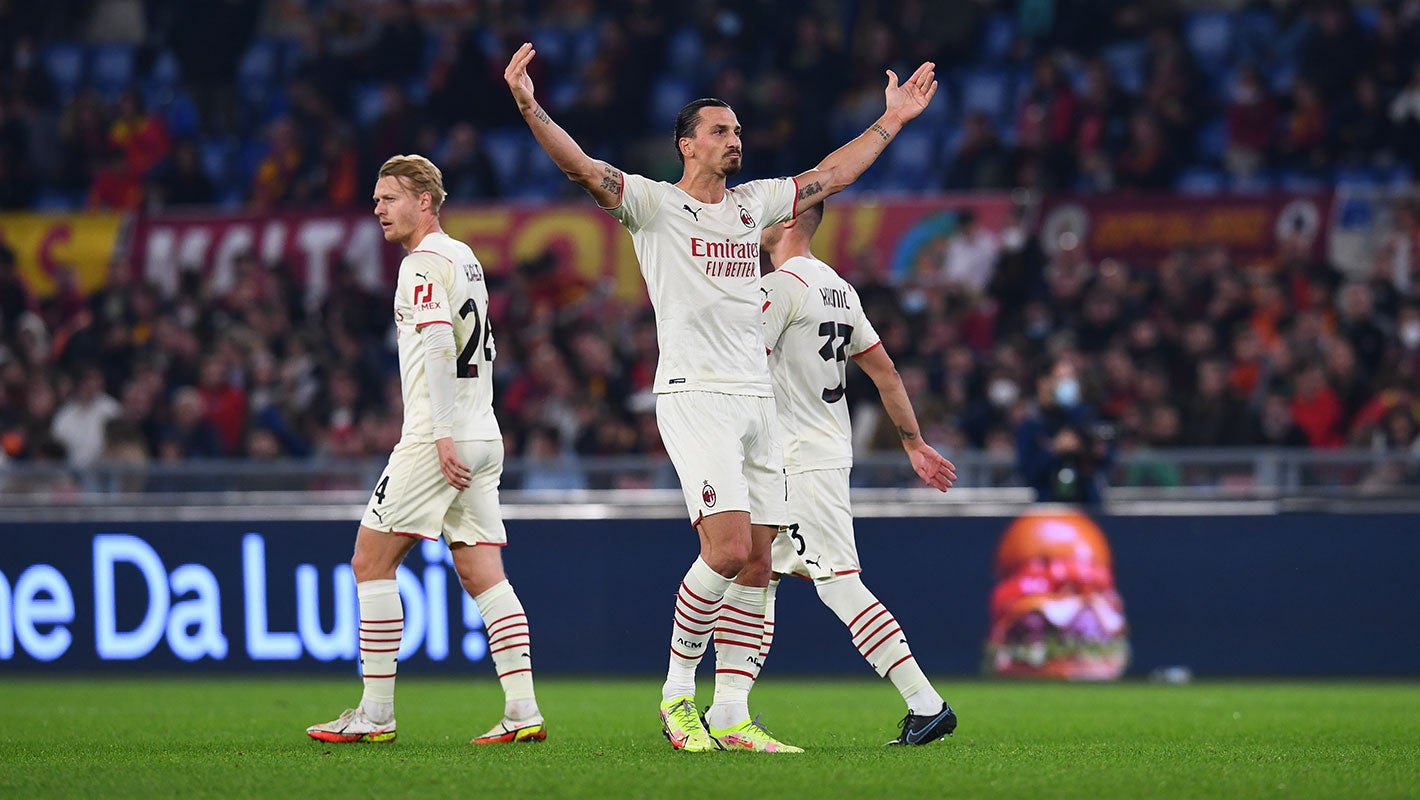 Ibra strikes again as Rossoneri match record: All the key stats from Milan’s win over Roma

AC Milan secured another absolutely vital victory on Sunday night as they beat Roma away from home by a 2-1 scoreline for the second straight season.

Goals from Zlatan Ibrahimovic and Franck Kessie put the Rossoneri in a commanding lead, but Theo Hernandez’s red card inside the final half hour meant it was backs against the wall, though the team held on well until El Shaarawy’s 93rd minute goal to make the last three minutes of added time nervy.

Below are the best stats from the game, courtesy of the official website…

➤ Against Roma, Zlatan Ibrahimović scored his 400th career league goal. His first one came on 30 October 1999, when 15% of the players who have made at least one appearance in Serie A this season had yet to be born (74 out of 489).

➤ Milan have become the fourth team in Serie A history to win ten of their first eleven games of the season, after Roma, Juventus (twice) and Napoli (twice).

➤ Zlatan Ibrahimović has now scored 150 goals in Serie A. He’s the seventh non-Italian to achieve this milestone in the competition.

➤ Roma are the team that the Swede has had the most goalscoring success against in Serie A: he’s found the net eleven times against the Giallorossi, with seven of these goals having come at the Olimpico.

➤ Milan have won two successive away games against Roma in Serie A for the first time since 2005, when they did so under Carlo Ancelotti.

➤ No team has scored more goals from outside the box than Milan in the top five European Leagues this term (five).

➤ Franck Kessie has scored four goals against Roma in Serie A, including three from the penalty spot, making the Giallorossi his favourite victim in the Italian top flight.

➤ Ismaël Bennacer has now played 100 matches in Serie A

➤ Against Roma, both Rafael Leão and Alexis Saelemaekers started for the 50th time for Milan in all competitions.

➤ Simon Kjær made his 50th Serie A appearance for Milan.