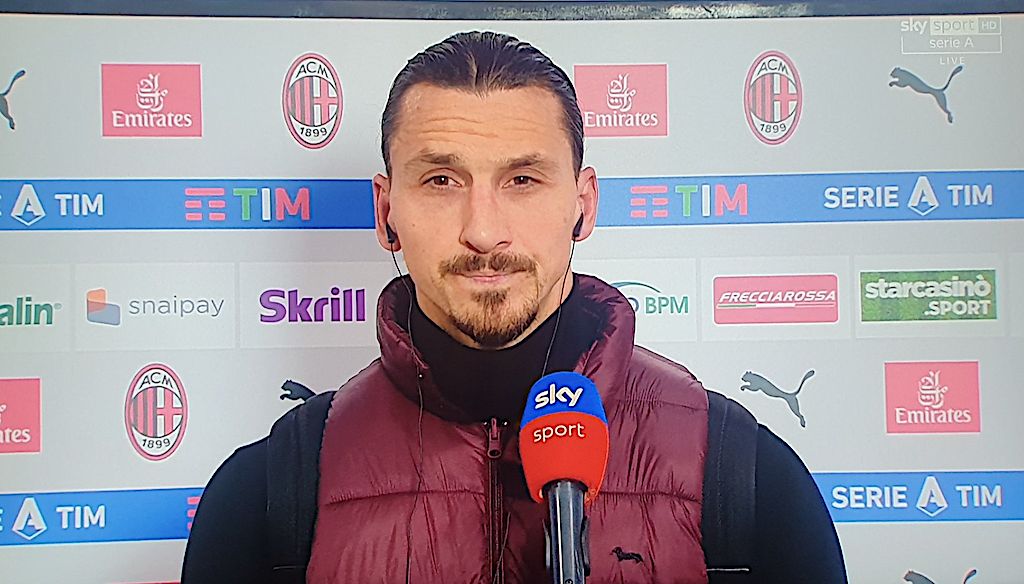 Ibrahimovic admits he will surrender penalty duties in honest reflection of Verona draw: “I wasn’t there today”

Zlatan Ibrahimovic has confirmed that he will let Franck Kessie take the next penalty as he reflected on a wild night at San Siro.

Milan left it late on Sunday night at San Siro as they battled back from two goals down to earn a 2-2 draw against Hellas Verona. The Rossoneri found themselves in a horrendous position as they were two goals down inside 20 minutes as Antonin Barak and a Davide Calabria own-goal put the visitors in command.

A Giangiacomo Magnani own-goal then halved the deficit and Ibrahimovic popped up in the 93rd minute to rescue a point, but that doesn’t tell the whole story as the Swede blazed a penalty over the bar and handled the ball for a disallowed goal moments before.

Ibrahimovic spoke to Sky Italia after the game, with his comments transcribed by MilanNews and translated below.

On his expression after the game: “Angry face, a draw today is not good, we had many chances, I missed the penalty, I think I will leave the next one to Kessie.

“Many mistakes, but we go on. The important thing is not to lose and don’t lose your confidence. We want to win all games, of course.

“I was angry with myself, when fatigue enters your head you are not at 100%. We play many games in a short time, thank goodness this break arrives. Even today I lacked clarity and ruthlessness in front of the goal, I wasn’t there today.”

On the photo with the Swedish national team shirt: “It was to irritate Sweden.”

On the Scudetto: “Before the season you have to have targets, even during the target. You have to have objectives, we can’t enter the field just to play. At least that’s my mentality.”

On rotations: “The coach tells me when I play, I remember the Europa League when I was in Manchester. It is very complicated to play on Thursdays, there is little pause between matches. I am a professional, when I can play I play. I feel like a child, I’m happy to play, it was possible that I couldn’t do it anymore.”

On the changes to Serie A after so many years away: “With Ibra it is stronger. The teams are different, Verona and Atalanta when I was here before were not at this level. I see more teams fighting. I have played in many countries, Italy is the hardest one for an attacker.”

On who is stronger between him and Ronaldo: “You decide.”

On the Ballon d’Or never won: “It doesn’t bother me, it’s nice to have it but I don’t need it to feel stronger. I’m playing to my maximum to try to help my team-mates.”

On the Scudetto fight: “There are many teams fighting, let’s see who will be better physically.”

On a potential renewal: “After the penalty I think we’re in a bad way (laughs). I make Kessie shoot them so maybe I’ll be in another situation.”

Speaking to Milan TV, he added: “I won’t shoot the penalty next time, I miss the Curva and so I hit the ball there (laughs).”

On the match: “We made mistakes that we don’t normally make, especially in marking on set pieces. The responsibility lies with everyone. We didn’t score despite the many opportunities. we do. We have to be positive.”

On the record of consecutive goals: “And to think I missed three penalties, the next one I leave to Kessie. I need mental rest, the break comes at the right time.”