Zlatan Ibrahimovic has launched a fresh attack on EA Sports over the use of his image rights in the FIFA video game franchise.

The controversy between Ibrahimovic and EA Sports has been well documented in the media, as the Swede claims that the company are exploiting his image without acquiring the rights.

Milan announced back in August that they had signed a new exclusive multi-year deal with EA Sports FIFA, who will become the club’s Official Football Gaming Partner, but Ibrahimovic believes that is not enough.

AC Milan legend Gianni Rivera has now moved to support Ibrahimovic’s claims, stating that he too feels his image rights have been used without permission.

On his Facebook page, he stated: “I have recently read the statements by Zlatan Ibrahimovic that I share because, like me, he found that within the popular videogame ‘FIFA’ – EA Sports, sold all over the world by Electronic Arts, has made and is used its name and its image without observing the specific rules provided.

“For years I have asked about the uses regarding my name and my image at Electronic Arts in video games without receiving an answer. Not only that, the numerous warnings have not changed the conduct of Electronic Arts in the least.

“It is not fair, both for the player and for his fan and I notice that the problem involves active and non-active players. I asked the Secret Office in Rome to give effect to the judicial mandate to resolve this unpleasant matter in court which has been going on for too many years now.” 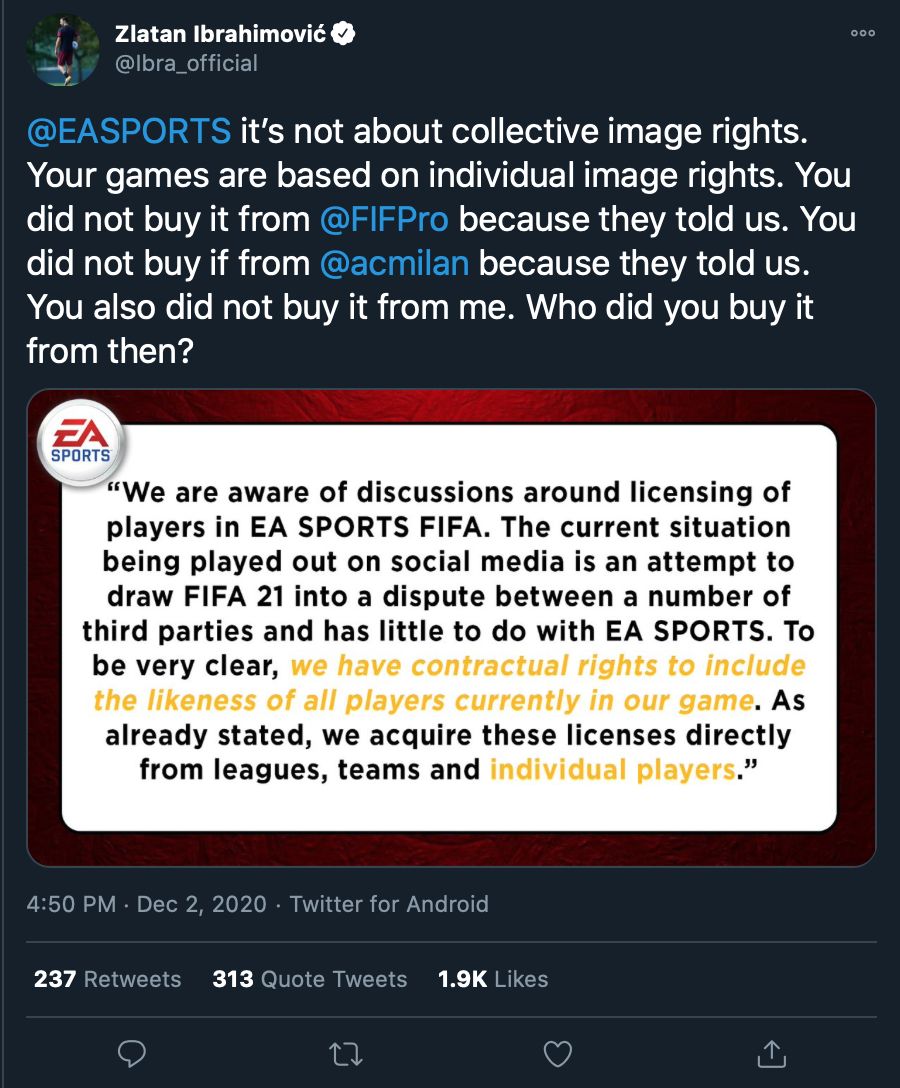