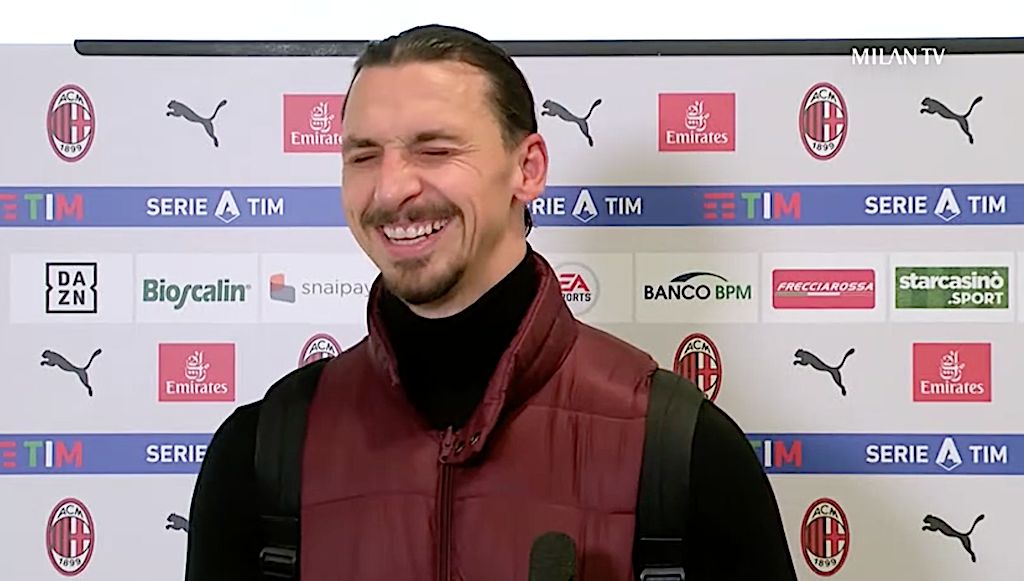 Ibrahimovic jokes about why he missed the penalty as he admits: “I need mental rest” – video

Zlatan Ibrahimovic has joked that the Curva Sud were the motivation behind the penalty he blazed into the stands during the draw with Hellas Verona.

It was an eventful night for Ibra, as the Swede missed a penalty in the middle of the second half to make it 2-2, hit the crossbar with a header, thought he had an assist for Davide Calabria that was ruled out by VAR, saw a shot saved by Silvestri then finally levelled with a 93rd minute header.

Ibrahimovic was interviewed by Milan TV after the game, with his comments translated below.

“I won’t take the penalty next time, I miss the Curva and so I sent the ball there (laughs),” he began.

“We made mistakes that we don’t normally make, especially in marking on set pieces. The responsibility lies with everyone. We didn’t score despite the many opportunities we had. We have to be positive.

“We must not forget that a few months ago there was another situation, now it is normal that everyone expects more. But sometimes you have to be realistic and look at where we came from.

“Before Lille we were undefeated in 24 straight matches. We have many commitments, playing on Thursday is not easy. But I don’t want excuses.”

On the record of consecutive games in Serie A with a goal, which the Swede set last night: “And you think I missed three penalties, the next one I leave to Kessie. I need mental rest, the break comes at the right time.”