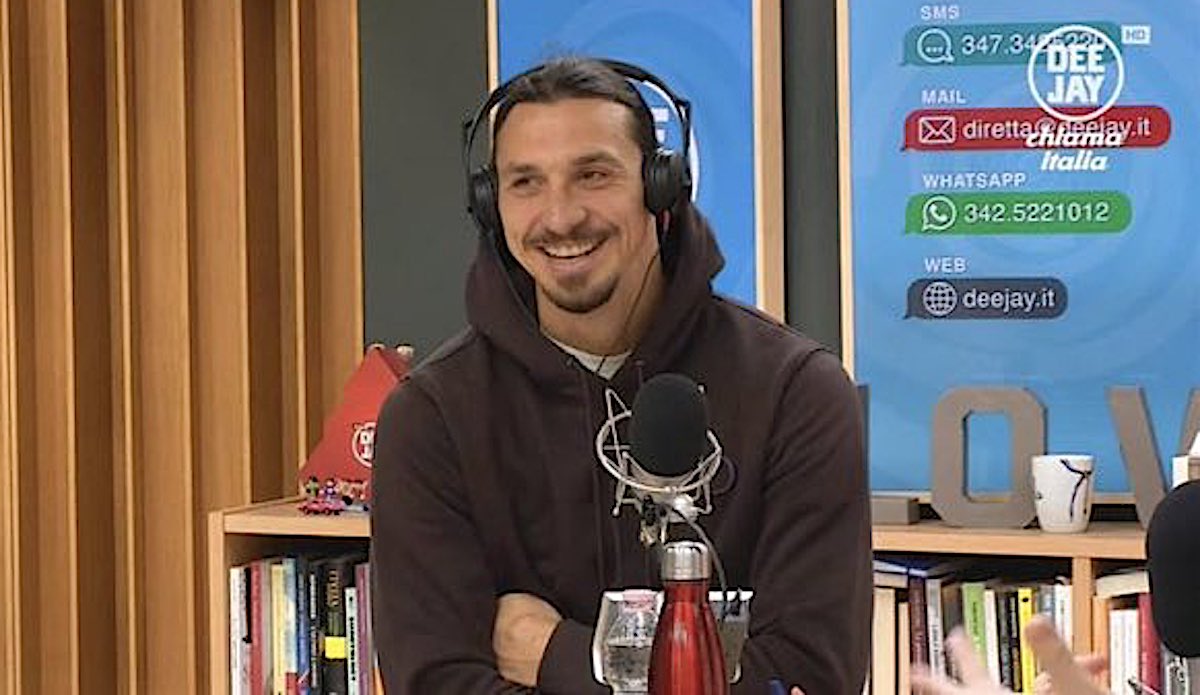 Zlatan Ibrahimovic has shed light on his decision to rejoin AC Milan as well as his dream of winning the Scudetto plus Rafael Leao’s changed approach.

The Swede continues to be decisive for Milan at the age of 40 and is on the hunt to win the Rossoneri their first league title since the 2010-11 season, when he was in his first season of his first spell at the club. A lot has changed since then and now Ibra is a veteran amongst a lot of young talents, but he feels the desire and the motivation to give his all while his body will still let him.

Ibrahimovic spoke during an interview with Radio DeeJay about some of the key aspects from his book but started with a more general assessment of his personality, with his comments transcribed by MilanNews.

“There are no rules in the game. I always try to be myself. I don’t think I’m doing it on purpose, my attitude is natural. On the pitch I’m calm, then you find your way of doing things. I’m confident because I believe in myself. Then the speaker must demonstrate,” he said.

On shows in America: “I did some shows in America, they like it a lot and that’s why they always sent me on talk shows. Before the programs they sent me questions but I didn’t like it because I prefer spontaneous answers: so you attack or defend.”

On Italy: “Italy is the country that made me what I am today. It all started in Italy. In Holland there is a school of talents but I spent many years here. It is as if it were my second home and I am very grateful to this country.”

On his relationship Gattuso: “He is a great character, he charged me and he has an incredible mentality. How you train, you play games. I saw on my birthday that he showed up. I missed seeing him, I had seen him on the bench with Napoli.”

On the growth of his team-mates and the adrenaline he feels before games: “Now I am very focused. I know what it takes to charge me. I have responsibility in front of my team-mates. They look at me because I speak on the pitch and in the dressing room. They feel protected but they have to take their responsibilities and grow. Leao convinced himself to run. However, he didn’t come to me. He didn’t run, I tried but I couldn’t find a mental contact with him. I couldn’t but in the preseason he exploded and did it alone.”

On how close he was to joining Napoli: “I was in America and Mino told me to go back to play in Europe, in Italy. At that moment I watched Maradona’s documentary, the fans were an incredible thing. I had talked to Napoli and the day I had to sign they sent Ancelotti away. He convinced me, it was all done. I had talked a lot with him and the day he left I felt so insecure. Then Milan arrived.”

On the breaking of his cruciate ligament: “I was 35 when I broke my knee. It’s all a matter of mentality. When it happened everyone thought I was finished. When they tell me these things it’s like putting fuel on fire, I set goals. I wanted to come back strong but I didn’t know how it would go.”

On the distance to his family: “It’s very hard. We’ve always been together and it’s hard to stay away from them. The plan was to go to Naples for 4 months, win the Scudetto and go back to Sweden. Things went well for Milan and I felt the desire to play. and I decided to extend the contract. I hadn’t talked to my wife and I went on passion. I’m afraid to retire.”

On his commitment to training: “Galliani and Moggi created this mentality. When you enter the locker room, in the two hours of training you have to give everything. Then you laugh and joke.”

On never winning the Ballon d’Or: “I don’t know why I didn’t win the Golden Ball, I play and think about playing. It depends on how you look at things. Messi won the Golden Ball but they said Lewandowski deserved it. I didn’t even win the Champions League, they say he didn’t win it, I’ll never win it and other things but that doesn’t change my career. It doesn’t change my qualities either. I was lucky enough to play with great players and great teams, I learned several languages ​​and I won something.”

On his motivations as a young man: “A boy who wants to be a footballer has to continue as long as he has fun. Parents don’t have to put too much pressure, this generation has too much pressure. Kids now play for mom and dad and that’s not good. Nobody put pressure on me. My path has built what I am today.

“I had no alternatives or the roads that were there were not good, I concentrated on football and I wanted it at all costs. In Sweden they saw me as a foreigner and not as a Swede and this motivated me. In my opinion it is not just a question of talent. You can become someone even without talent if you have the desire and motivation. It applies to all jobs.”

On his agent Mino Raiola: “Mino is strong, on the pitch you think of yourself but outside he makes you grow a lot in managing your daily life.”

A message to the Milan fans: “We are disappointed with the Champions League exit, I am so sorry and we are so sorry but we will fight to win the Scudetto. We will do everything to win it and we will not give up. In failure there is also success, we will grow and gain experience.”

READ MORE: Many players show up for training at Milanello despite snow and rest day granted