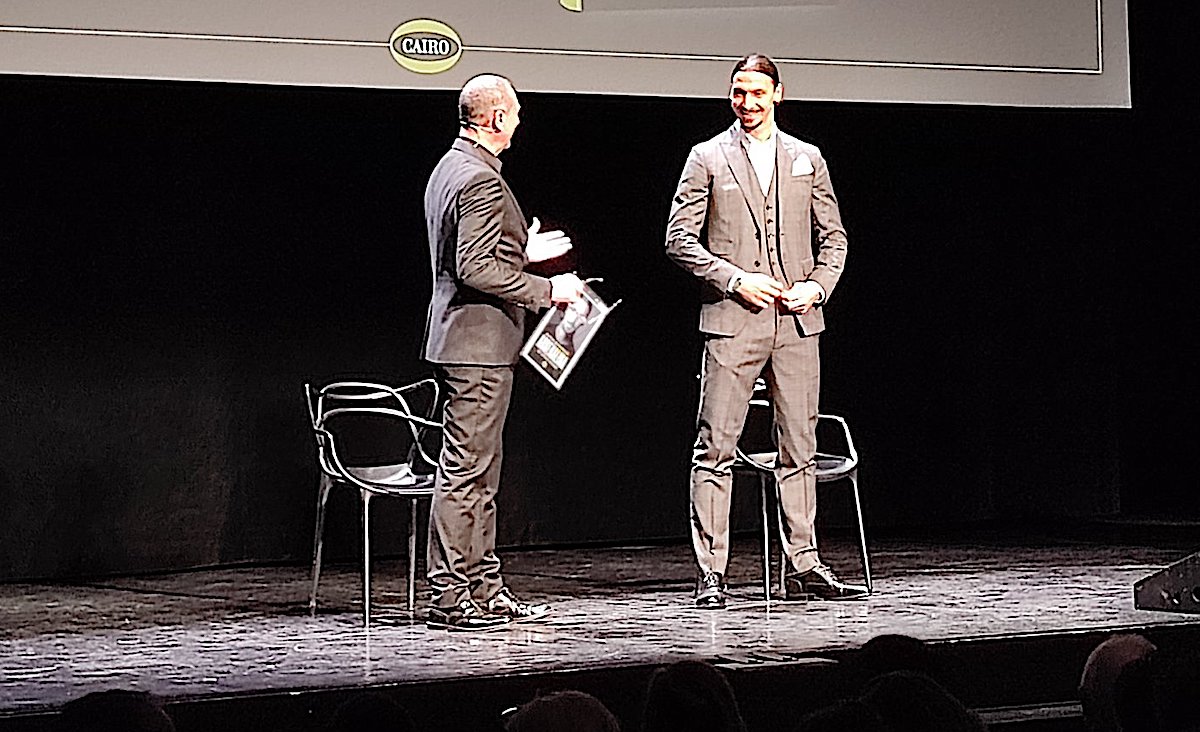 Zlatan Ibrahimovic spoke this evening at the presentation of his new book Adrenalina about his illustrious career to this point, how he feels at the moment and what the future might hold.

Ibrahimovic continues to be decisive even at the age of 40 and it was he who saved Milan last night right when they needed him the most. Just like in the first leg of last season against Udinese, the Swede scored in the same goal and with the same acrobatic move, but this time it was to salvage one point and not three.

There continues to be speculation that the Swede’s second spell with Milan is far from over and that a renewal might be on the cards in the spring, but this is very much a time for appreciating what a career he has had so far with MilanNews relaying his quotes from the event.

“Good evening everyone, welcome. I am happy, the response to the book is positive. It is my story, I want to thank the people who have accompanied me in my career. Now there is a chance to see a little of my history,” he said.

“You have to choose your path and believe in yourself. You make a mistake and you learn, for me to be perfect is to be yourself. I was successful, if I’m still here at 40 it means that I did something well.

On still being decisive: “After the injury I had that made me stay out for a year, I realised that football is everything to me. I’m afraid of quitting because I don’t know what awaits me next. Anyway, I’m showing that with the right mindset I can still make a difference. It’s all recovery, desire you have to have. Then I have a mindset: ‘Why be normal when you can be better’. That’s how it is.

On ‘adrenaline’: “It comes to me with the goals I set myself. Every day I wake up with pain, but with the adrenaline I go on. Yesterday’s overhead kick takes me forward, we didn’t win and it burns me, I’m not happy. Also. this is adrenaline for the next game.”

Is adrenaline now the Scudetto for Milan?  “Sure, sure.”

Fabio Capello was at the event, and Ibra revealed an anecdote from his time at Juventus as well as revealing how important it is to meet the right people at the right time.

“I think it is very important. I’ll tell you a story. I enter, there is the coach reading the Gazzetta. I told him: ‘Good morning, mister’. He continues reading, then he lowers the newspaper and goes outside,” he said.

“There I understood who is the boss. He saw all the things I was missing and where I could go. He put me in front of the goal every day and made me change my style of play. Every day I took 50-60 shots.

“Capello made me understand how to work with so many champions. He didn’t ask for respect, he took it. When he entered the locker room there were Vieira, Cannavaro, Nedved. At that time Ibra was nobody, but I wanted to prove that I was stronger than everyone. Every day I trained against Cannavaro and Thuram. Then when I passed them there was Buffon. It was good training, it made me who I am today.”

His current head coach Stefano Pioli then connected via a video link, and Ibra spoke about how the first meeting went down between them.

“First meeting, normal. Coach coach, Ibra Ibra. When I arrived [at Milan] it was difficult, but we put the group together. Everyone understood what it takes to reach the goals: sacrifice, run. We created a more than top atmosphere. Then there was the pandemic.

“There is a fantastic staff. I have had many coaches with different staffs. His staff is top, the group is going towards the same goal. Unfortunately we didn’t win yesterday, if I scored two goals we would win (laughs).”