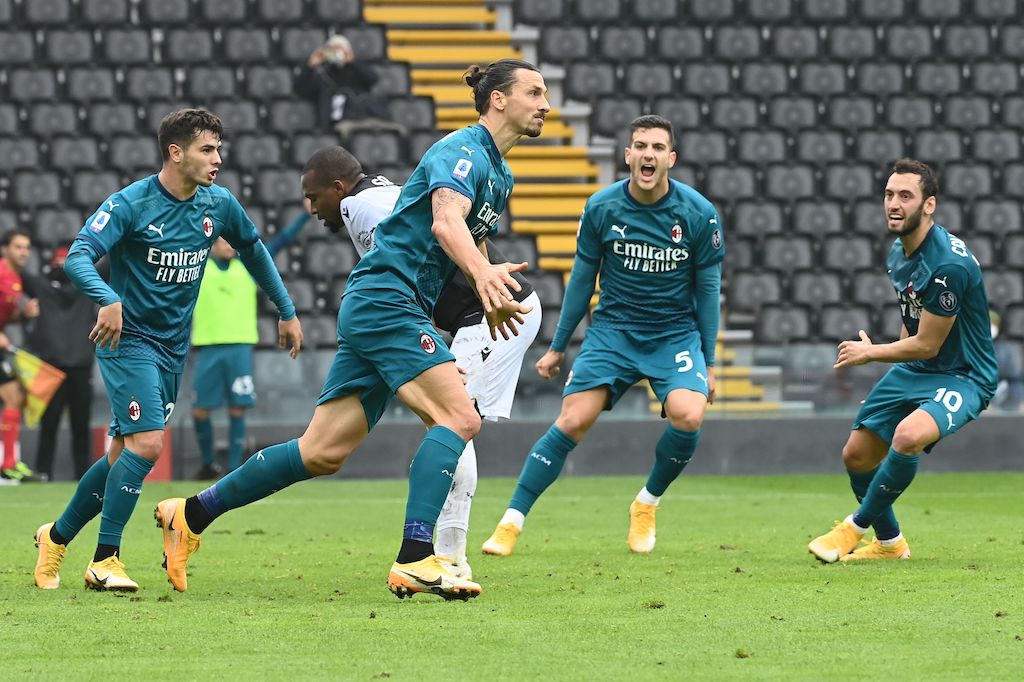 Ibrahimovic praises team-mates after Udinese win and declares: “I take the pressure and I like it”

AC Milan striker Zlatan Ibrahimovic has insisted he still feels young out on the field as he scored the winner in Sunday’s 2-1 victory over Udinese.

Milan extended their lead at the top of the Serie A table temporarily to four points with a hard-fought win in Udinese.

Inside the final 10 minutes though, Ibrahimovic came up with the decisive contribution as his bicycle kick from close range sealed a vital three points for Milan. The result means that Milan move on to 16 points from their opening six games, four points above Atalanta in second albeit with Napoli in third having a game in hand.

Ibrahimovic was interviewed by DAZN at the end of the game, with his comments transcribed by MilanNews and translated below.

Can you tell us about the goal? “A good goal but the victory is more important. A 3-point goal in a difficult match, we have shown that we always want more. We work and we suffer, the team is fine.

“We all want the ball, when there is an opportunity we all think we can decide with a play. Brahim has entered well, we are the youngest team in Europe. They make me feel young, very good guys, they have an incredible desire and are never satisfied either in matches or in training.”

Is there a limit to having so many young people? “I take the pressure and I like it, they don’t have to feel that. I’ll take care of it, they just have to work and believe. Difficult times come for everyone, it’s part of any season. The important thing is to work and think positively.”

What can stop Milan? “Things are going well, we play one game at a time and every game is a final. Then we see where we are going, we have collective and individual goals. I hope the fans can come back soon to see this Milan, we play for them and I hope they can soon have this experience with us.”