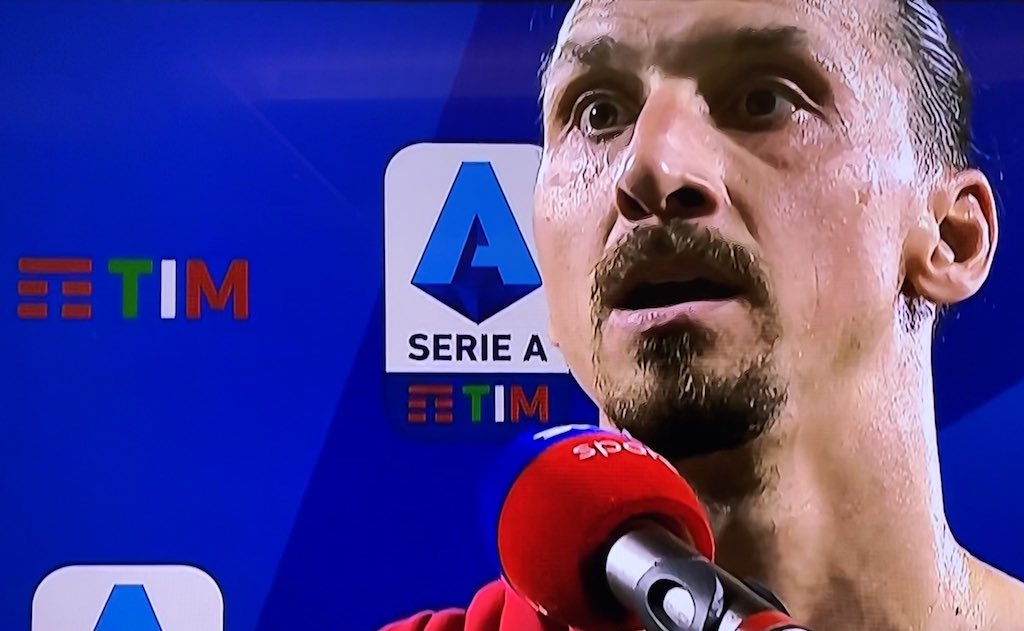 AC Milan striker Zlatan Ibrahimovic seemed startled to learn that Stefano Pioli has extended his stay as head coach of the Rossoneri.

The news was confirmed on the club’s official website after reports had broken out during the first half of Milan’s 2-1 win over Sassuolo stating that Ralf Rangnick would not be joining.

The result virtually secures Europa League football for Milan next season as they are guaranteed to finish inside the top seven, while it also continues an incredible run since the resumption of Serie A which has seen the team win seven of nine games.

Ibrahimovic was the man of the hour for the Rossoneri as he rolled back the years with an excellent performing, scoring twice in the first half through a bullet header and a wonderful composed finish – both assisted by Hakan Calhanoglu – either side of Caputo’s leveller from the spot.

At the end of the interview with Sky Italia (via MilanNews), Zlatan Ibrahimovic questioned Marco Nosotti about the news that Stefano Pioli has renewed his contract, asking “Is it true?”.

On the performance, he stated: “We have won a difficult game against a team that plays well. We have come here to play and win, but it is not over yet. We are at the limit to take this step and reach our goal. getting there is better.”

On his future: “I still have three games, there are ten days left, nobody has said anything here. I don’t expect anything else, there are other things that we cannot control, it seems very strange to me. There is great confidence, we are all behind the coach, it’s a very complicated and difficult situation.”

On Pioli’s confirmation: “There are news every day, I am working well, the team is happy, we are doing good things. Since I arrived we are second or third, it is not bad.”