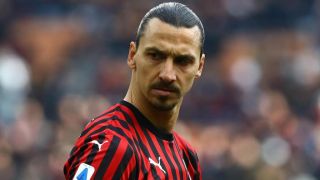 MN: Two years today since Ibrahimovic’s return – Milan have changed but so has the Swede

It is exactly two years to the day that Zlatan Ibrahimovic’s return for a second spell at AC Milan was confirmed, and it has certainly been an interesting journey.

MilanNews writes how the Swede decided to leave Los Angeles Galaxy and come back to Milan in order to help a struggling group by bringing a new mentality and some experience. Ibrahimovic never backs down in the face of difficult challenges and he wanted to try and lead the recovery charge for his beloved club alongside head coach Stefano Pioli.

Since the then-38-year-old came back Milan have developed an identity from a tactical point of view that has drawn widespread admiration. Pioli’s side now play modern and fast football, based on the importance of the team and not on the individual, and it is also thanks to the quality and the leadership of Ibra up front.

Perhaps before Zlatan was known as a player who would back his own brilliance to win games but now he needed the support of his team-mates, requesting very high levels of intensity from them, which the oblige to because they trust a champion who has won nearly everything. Given the upward trajectory in the last two years, it would be fair to say things are bearing fruit.