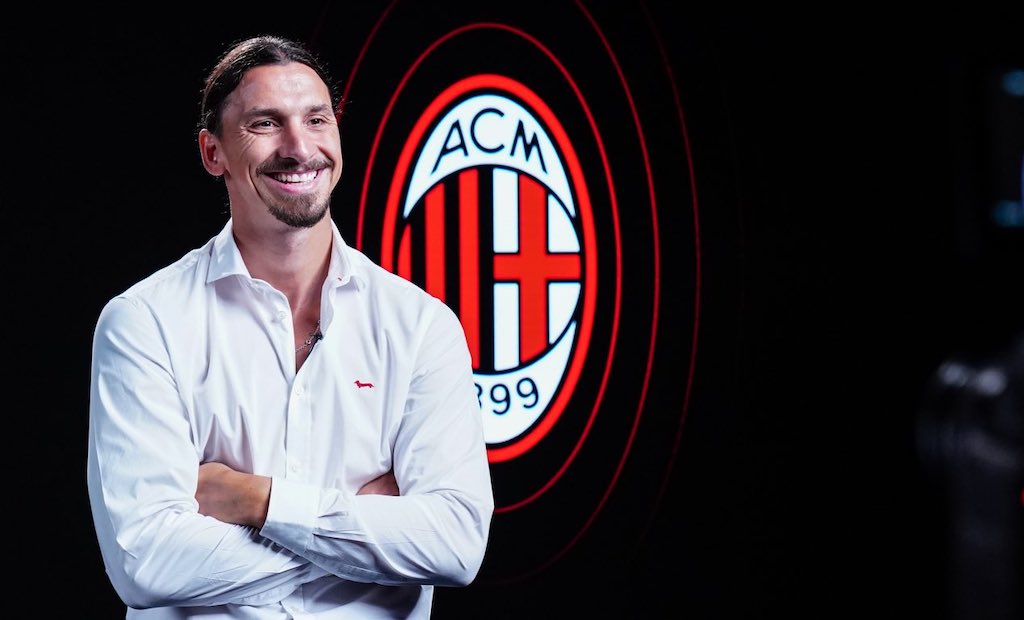 AC Milan striker Zlatan Ibrahimovic has revealed his delight at committing his future to the club for another year.

After what seemed like weeks and weeks of back-and-forth negotiations between Milan and Ibrahimovic’s agent Mino Raiola, all major outlets began reporting that a full agreement had been reached, and now this has been confirmed.

A statement on the club’s official website earlier tonight confirmed that Ibrahimovic has reached an agreement over a renewal, extending his partnership with the Rossoneri until 30 June 2021.

Ibrahimovic’s Milan career began 10 years ago back in 2010, and since then he has racked up 85 appearances, 56 goals, a Scudetto and an Italian Super Cup.

The 38-year-old spoke to Milan TV about his renewal and commented on the objectives for next season. The questions and answers have been transcribed by MilanNews.

“I always felt part of Milan even when I played with other teams because they always treated me well from day one. When I first arrived at Milan I smiled, something I’ve never done before in my work. I feel at home and I don’t feel that I’ve been away,” he said.

On the choice of shirt number: “I chose the number 11 shirt because the Milan fans know me with this number. With the number 21 I didn’t feel like the Ibrahimovic of the first Milan, so I asked for this number to feel like before.”

On his choice to return to Milan: “I came here to bring Milan to their levels, where they deserve to be. I do everything to achieve the goals set.

“We have to work with great sacrifice but the last 6 months we have done have shown what it takes to reach certain goals. We must not forget, however, that we have not won anything. In my head the goal is always to win something. This season we have to win.

“I want to thank the club and the coach for the trust they give me. They did everything to keep me in Milan. In the last 6 months I have shown that age doesn’t matter. On vacation I talked a lot with the club and saw the my future in Milan. I only think about football and helping the team to satisfy the fans.”

On next season: “Milan must continue as the season ended, they must work and believe as we have done in the last period. Playing with pride and confidence, remembering that when you put on the Milan shirt it is a great privilege but at the same time a source of pressure.

“The whole team did well and understood what it takes to get to the top. Now we have to work well from the first day.”

On the fans: “We have been good in recent months but with the fans we would have been even stronger. I hope they can return to San Siro soon.”

About Calhanoglu: “When I met Calhanoglu for the first time, I told him that having number 10 at Milan is a great privilege and that all the players with 10 in the Rossoneri have been great.

“He has a great responsibility but if he works well, he can deserve it. He has worked great for the past 6 months and he has to continue like this. You must not stop, you must never be satisfied with yourself. I hope it continues like this also because it can do much more.”

On the team: “We have to work with great sacrifice and he has to have a winning mentality. It is very important because with the right mentality you can reach your goals even when things don’t go well.

“You have to work and believe in the goals. This tries to bring it to the rest of the team and make it clear that you have to give 200% both in training and in the game.”