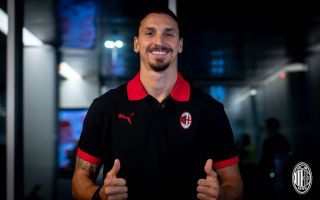 Earlier on Tuesday, Amadeus officially announced that Zlatan Ibrahimovic will be a regular guest during the next edition of the Sanremo Festival in March.

It is a festival which celebrates music will take place at the Ariston Theater and will run from Tuesday 2 March to Saturday 6 March. Amadeus – who run the event – specified that the presence of Ibrahimovic will not affect his commitments for Milan on the pitch.

However, as MilanLive this seems like a difficult situation as the Rossoneri will face Udinese in Serie A on Wednesday 3 March, which obviously presents a clash, but there are some possible solutions that could be workarounds.

For example, the report adds that Ibrahimovic could travel to the Sanremo Festival after the match, in the late evening, or skip his commitment that night.

Either way, it must be assumed that Ibrahimovic received full approval from the club to participate in the event during a crucial part of the season.