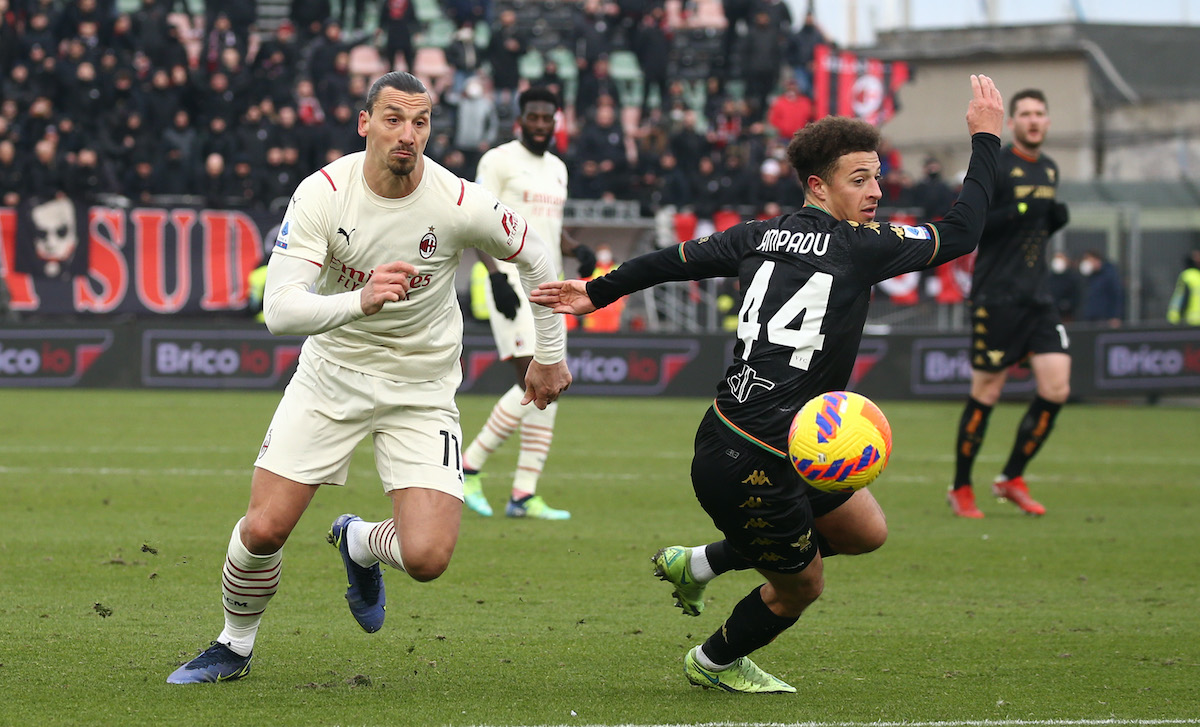 Despite being 40 years of age, Zlatan Ibrahimovic has no intention of stopping and why would he, given that he continues to be decisive for AC Milan.

He netted just two minutes into the game against Venezia yesterday as he connected with Rafael Leao’s perfect assist from the left wing to tap into an empty goal. It was one of the simplest goals of his illustrious career, yet it was quite a significant one too.

As reported this morning by La Gazzetta dello Sport (via MilanNews), Ibra scored against an 80th different opponent of the five main European leagues and the only other players who has managed to do that is Cristiano Ronaldo.

The Swede also equaled another record that until yesterday was only held by Roma icon Francesco Totti and Manchester United legend Giggs as he has now scored at least one goal in official top flight matches for the 23rd consecutive calendar year.