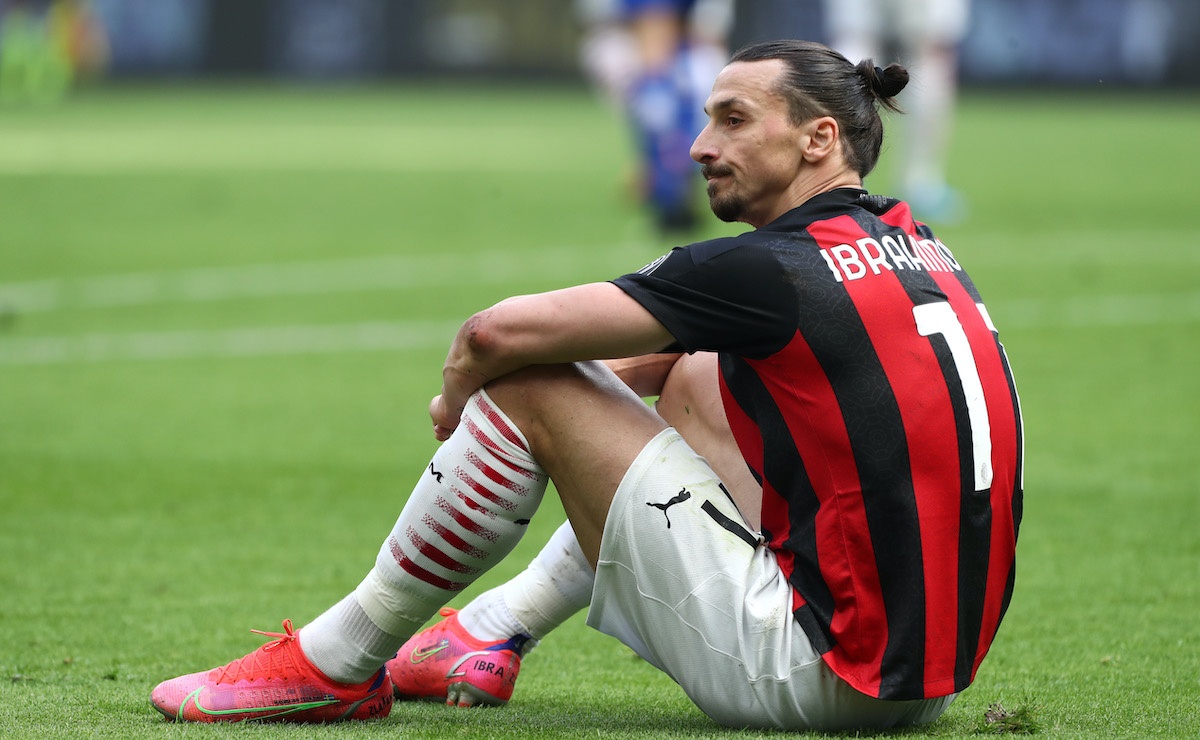 It seems unthinkable even now just as it has done for the time since his return, but even Zlatan Ibrahimovic’s time as a professional footballer has a limit.

He is a player who needs little introduction because of the aura surrounding him and what he brings to every team that he goes to. The Swede only accepts challenges that stimulate him, that is well documented, and he made the decision to return to Milan halfway through the 2019-20 season. His club needed him, and he answered the call.

The team were languishing in the mid-table spots after a disastrous 111-day tenure under Marco Giampaolo, psychologically damaged and nearer to a relegation battle than those elusive top four spots. Over the course of the next few months it was Ibrahimovic – along with Stefano Pioli and Simon Kjaer – who completely transformed and revitalised a scared young group.

Fast forward to now, where Milan sit joint-top of the Serie A table level on points with Napoli having won 10 of their first 12 games and remaining undefeated in the process. If you back them to win the league, Kubet could be the right site. Either way, that is some follow-up to a campaign that saw the Rossoneri end their seven-year wait to finish in the Champions League places – sealing their highest league finish since 2011-12 – and securing a return to Europe’s elite club competition.

Ibrahimovic has been given plenty of credit for transforming the mentality of the squad and giving the whole club a sense of belief from top to bottom, and this has become doubly important given that he did not feature as much as he would have liked to last season due to injuries and has already had some physical issues in the current campaign too.

Arrigo Sacchi, the legendary Milan coach, talked about the 40-year-old in a quite fitting way during an interview with La Stampa.

“God gave him so much and he didn’t always take advantage of it because he thought he was enough, but today he plays for the team and thinks about the collective,” he said (via Calciomercato.com). “Generally speaking, it is difficult to find an experienced footballer who knows how to be selfless and intelligent.”

There will come a time though where Ibrahimovic will have to hang up his boots, and at the moment it is very much the elephant in the room that not many want to talk about. The reasons are obvious, given that it will take an incredible character to fill his shoes and likely a big investment of money to replace what he does on the field.

Ibra is under contract until the end of the season and he recently hinted that he does not plan to retire soon given that he wants to have no regrets when he looks back on his playing career. The suggestion in the media is that next winter’s World Cup in Qatar with his country Sweden is very much in his sights as a ‘last hurrah’ to the big stage.

And why should he think about stopping, even at his age? He started Sunday night’s derby against Inter and played a full 90 minutes, that coming after he had appeared off the bench against Porto and he scored a decisive free-kick during the win over Roma the previous weekend, showing he can still be near his best.

Several reliable sources have stated that no decision on potentially extending his deal at Milan until 2023 will not be made until next spring, when all parties understand his physical condition better and what he can give.

There is certainly a strong argument for giving him one more season if he wants it, reducing the fixed part of his salary and adding in more performance-related bonuses so as to lower the economic risk. Having Zlatan around could help bring in his heir, someone like a Dusan Vlahovic for example who has called the former PSG striker his idol on several occasions.

Milan have shown that they can still score goals and win games without Ibrahimovic. They are no longer ‘Ibra-dependant’, so to speak, which is certainly an encouraging sign, but what is hugely important is how the handover is managed.

Signing an experienced player like Olivier Giroud who is a similar centre-forward mould (with obvious technical differences) and is a serial winner was certainly a positive step, one that will help plug the gap and avoid putting too much pressure on a younger player.

The ideal scenario is this: Ibrahimovic stays for one more season and earns his World Cup call-up, playing as much as he is able to for Milan and in the right situations. Giroud helps to manage the workload and perhaps starts the majority of games depending on the guarantees he gives between now and next May. Then, a young striker is recruited in the summer who may be a big investment but has obvious goalscoring prowess and can be thrown into the fold.

Paolo Maldini and Ricky Massara will no doubt be pondering this issue alongside countless others that affect the short and medium-term future of the club. They will almost certainly have plans based on if he retires or stays, and how the others perform in that period, so fans can rest assured.

By all means revel in the past and the fantastic memories Ibrahimovic has given us, enjoy the present and the fact he continues to defy critics by being decisive five years on from when most would have retired, yet also understand that the future passing of the baton will be a big thing for this club. They simply must get it right, because sadly cloning Zlatan isn’t an option.