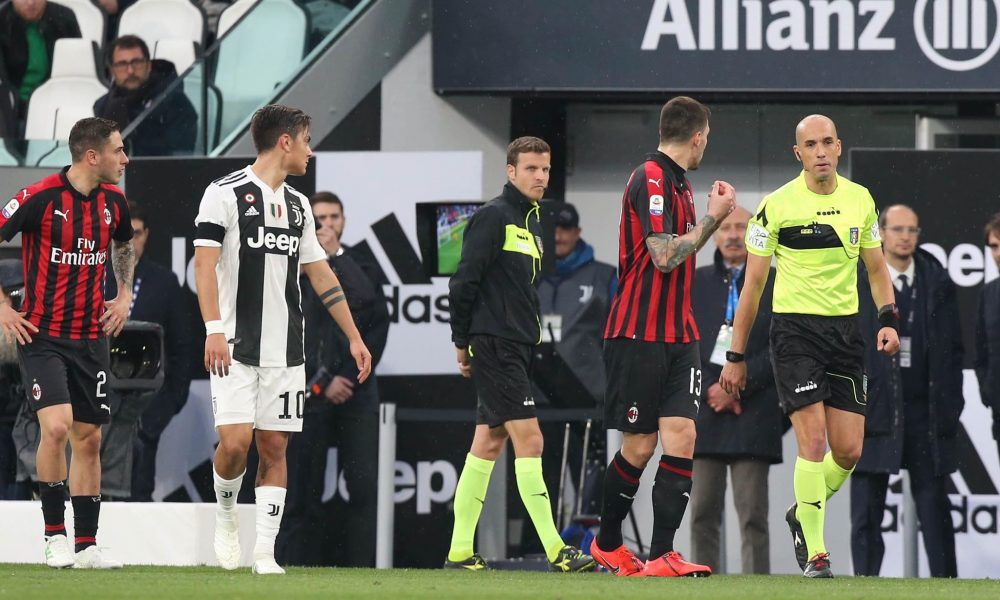 ‘If you don’t want to be helped’, what VAR told referee during Juve-Milan

This morning, Italian newspaper Il Giornale has returned to talk about the penalty that wasn’t given after a handball on Alex Sandro during Juve-Milan.

The episode has since been discussed as one of the biggest mistakes of the season, especially from the referee, who decided to waive the appeals even after taking a second look through the VAR monitor.

Some more and more disturbing details have emerged about the conversation that took place between Fabbri (referee) and Calvarese (VAR referee), whilst the former was taking a look at the monitor.

According to Il Giornale, Fabbri, who was already grumpy for being told to take another look, reiterated his opinion that it wasn’t a penalty. Calvarese was astonished by his failure to read the images, and told him: “you decide, if you don’t want to be helped…”.

The weekly designations decided by Rizzoli, the head designator of AIA, were an indirect confirmation, given that Fabbri was stopped while Calvarese was awarded the Genoa derby.