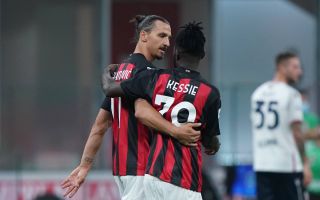 Il Giornale: Ibrahimovic and Kessie should be back for Milan’s clash against Lazio

This evening, Milan will play their final friendly game of the pre-season but they will be without two key players, namely Zlatan Ibrahimovic and Franck Kessie. Both are injured and are working to get back as soon as possible.

As reported by today’s edition of Il Giornale (via MilanNews), Milan will approach both players with caution when it comes to getting them back into action. Ibrahimovic, for example, has been out for quite some time and they won’t risk his condition.

The initial prognosis, therefore, is that both will be out until after the international break. This means that they will be back for the game against Lazio on September 12, which should be a nice boost for the Rossoneri.

In the meantime, it will be up to the likes of Sandro Tonali and Olivier Giroud to do their best on the pitch. Replacing the key duo won’t be easy, but they will have to give it their best try.