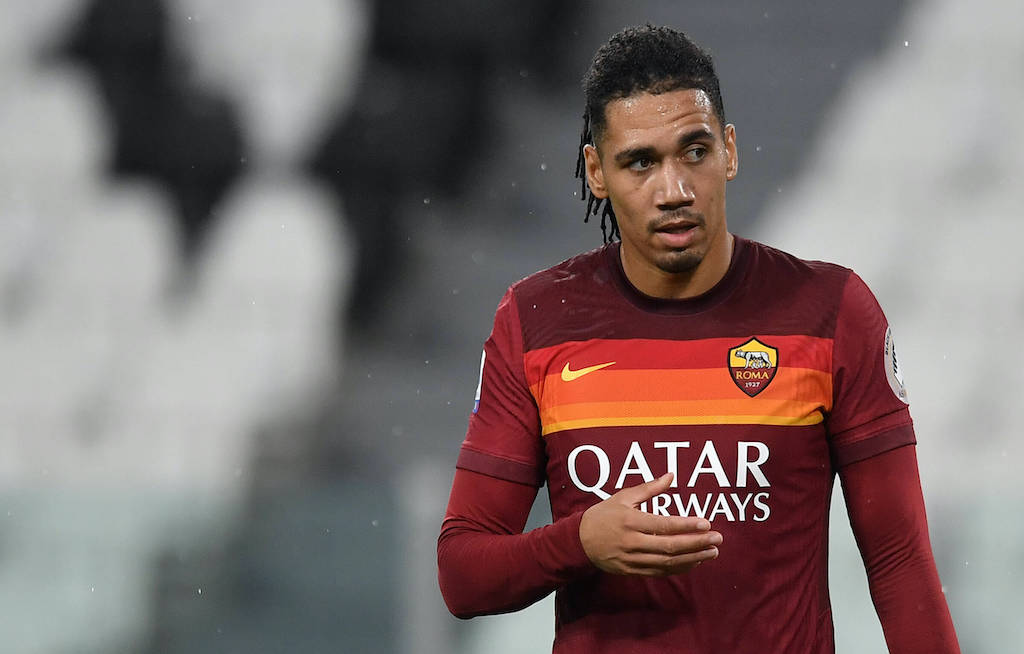 AC Milan have been offered the chance to sign Roma defender Chris Smalling along with rivals Inter, according to a report.

After Leo Duarte entered quarantine due to testing positive for Coronavirus, Milan are down to just having Simon Kjaer and Matteo Gabbia as their senior centre-back options, with Alessio Romagnoli and Mateo Musacchio both not back from injury yet.

However, according to Il Tempo (via MilanLive) a new name has emerged in Manchester United defender Chris Smalling.

Some emissaries working between Italy and England have offered the 30-year-old to both the Rossoneri and their rivals Inter, given that both Milanese clubs are looking for a reinforcement in defence.

Smalling is valued around €18-20million by United, but he appears to have other plans. The priority of the former England international is to return to Roma, where he was successful last season.

The agreement between the Giallorossi and United, however, is slow in coming. It cannot be ruled out that Smalling may therefore consider a different destination.