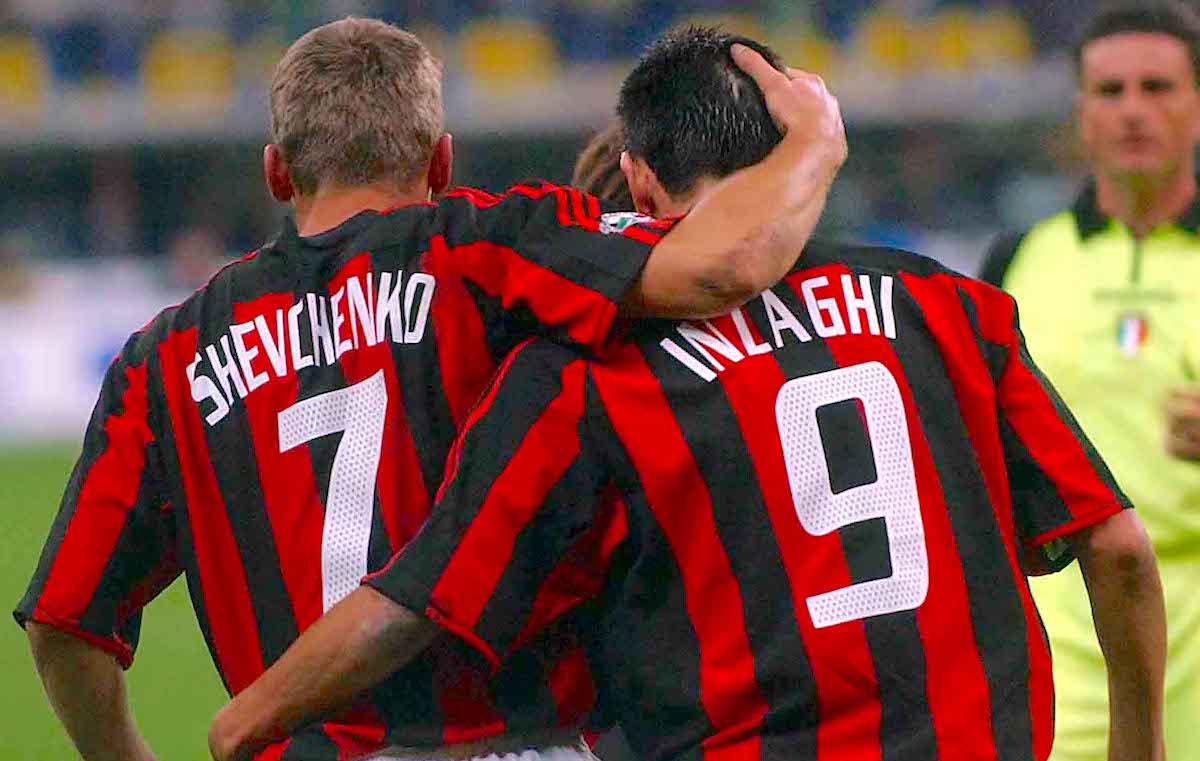 Milan have been known on the world stage for housing some of the best striking talents in football. Whether they’ve begun their tenure at the San Siro, or ended their careers there, Milan have always attracted players that have been known for getting goals.

While it may be easy to simply list the top three goalscorers in the club’s history, there’s more to a great striker than just the number of goals they score. Here, we have listed the three of the most influential in recent times…

Arriving in Milan in 1999, Sheva went on to win Serie A’s top goal scoring award, becoming one of six foreign players to achieve this stunning feat. In his tenure at Milan, he netted 175 times, helped the Rossoneri to their first Scudetto in five years, and won the Ballon d’Or.

When people think of Milan in the early 2000s, they think of Andriy Shevchenko, which is an unbelievable achievement considering the presence of so many Italian players in that line up. The Ukrainian is now managing Genoa, after a successful run as the manager of his country’s national team.

One of the most prolific strikers in the game, Inzaghi was always a player to receive mixed reviews from pundits, peers, and fans alike. Somebody wise once said there’s no such thing as bad publicity, and this statement rings true, as Inzaghi was one of the most talked about players of his time.

While few believed Inzaghi was a lucky player who lived on the offside line, Superpippo’s goal scoring record speaks for itself. Inzaghi’s prowess in the penalty area made him a constant threat, to the extent that those with an interest in placing bets on soccer would usually pick Milan to win when they knew Pippo was in the starting line up.

Sometimes cited for not being the most technical player on the pitch, Inzaghi’s attacking work rate, and ability to capitalise on defender’s errors are what got him to being Milan’s sixth top scorer of all time, with 126 goals for the club.

He served the Rossoneri faithfully for more than a decade, and has gone down as one of the standout fan favourites.

One of the few players in the world to have represented Milan, Inter and Juventus in his career, Ibrahimovic is the last entry into the list of most influential forwards to have donned the red and black.

While only coming in at 15th on the list of Milan’s top scorers, there are few players to have made as big of a splash as Zlatan. The Swedish superstar arrived in Milan for the first time in 2006, but it was only in 2010 when Zlatan would run out for the red half of the city for the first time.

Having netted 14 times in 29 appearances while on loan from Barcelona, Milan made the deal permanent, and in his first season, the super Swede went on to be the League’s top scorer, with 28 goals in 32 games.

While his first stint at Milan was a short one, his second has been as fruitful as ever. The only difference being that now the seasoned campaigner is 40. While there are plenty of players that could have made this list, the three listed above are some of the most talked about, and most watched players in the history of Milan.