AC Milan produced a stunning second-half fightback to equalise at the death and draw the Milan derby 2-2.

Cristian Zapata was the hero as he stabbed home a 97th minute corner to level the scores late on.

Antonio Candreva had given Inter the lead as he stabbed over Donnarumma before Mauro Icardi doubled the advantage before the break.

Alessio Romagnoli stabbed home a corner inside the last 10 minutes to produce the grandstand finish. 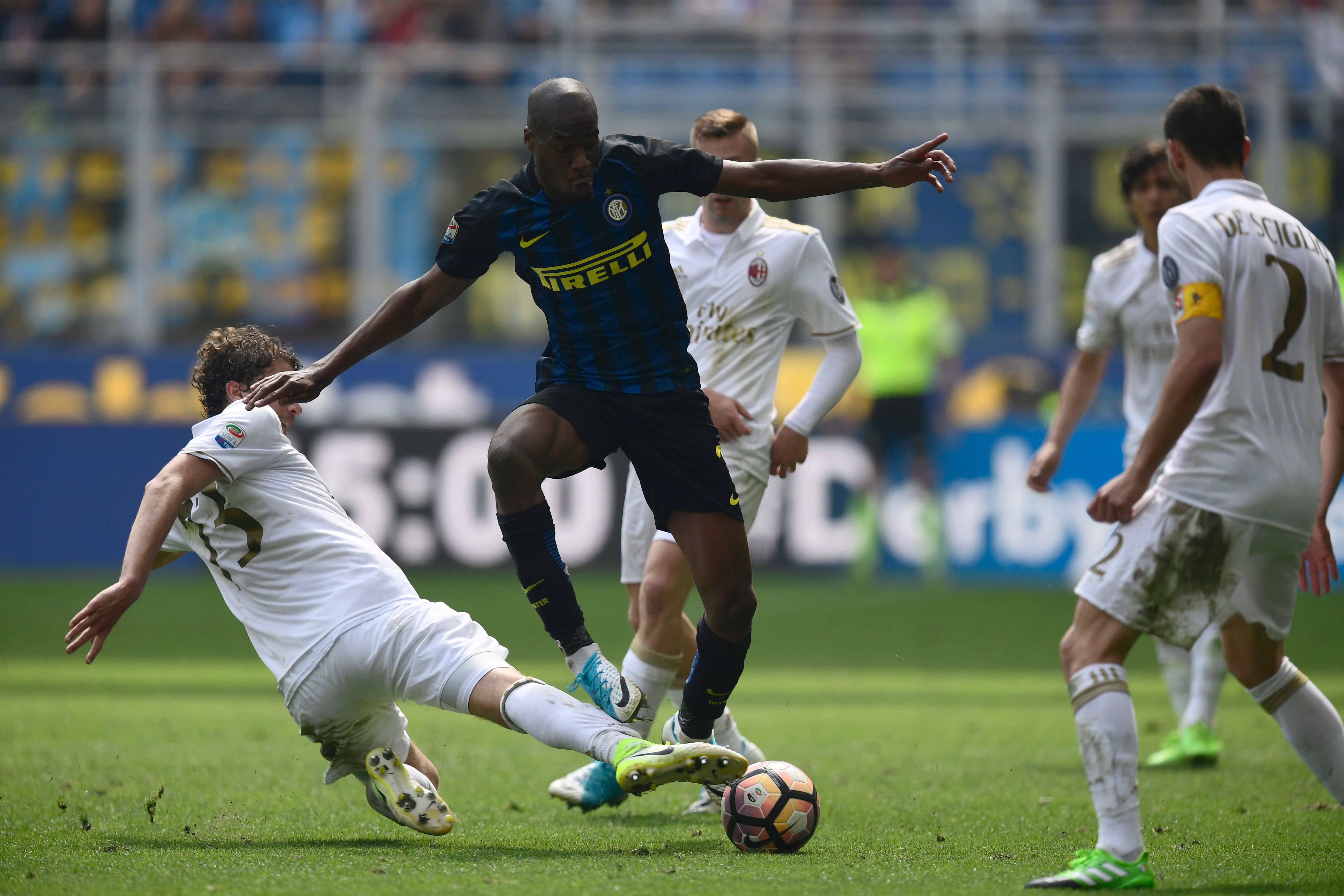 Milan started the game on top and should have taken the lead in the early stages after a flurry of chances.

Gerard Deulofeu was put through on goal but the Spaniard allowed back-tracking defenders to block his shot, before a follow-up attempt was spurned by Carlos Bacca from close range.

Shortly after, Samir Handanovic was forced to make a brilliant save to deny Suso’s curling effort from distance.

Deulofeu then produced a burst of pace to get to the byline before cutting back, but his attempt was saved and fell to Juraj Kucka who was booked for diving as Milan players called for a corner.

It was Inter who took the lead somewhat against the run of play however, as Joao Mario spotted Candreva’s run in behind before the former Lazio man stabbed home over Donnarumma. 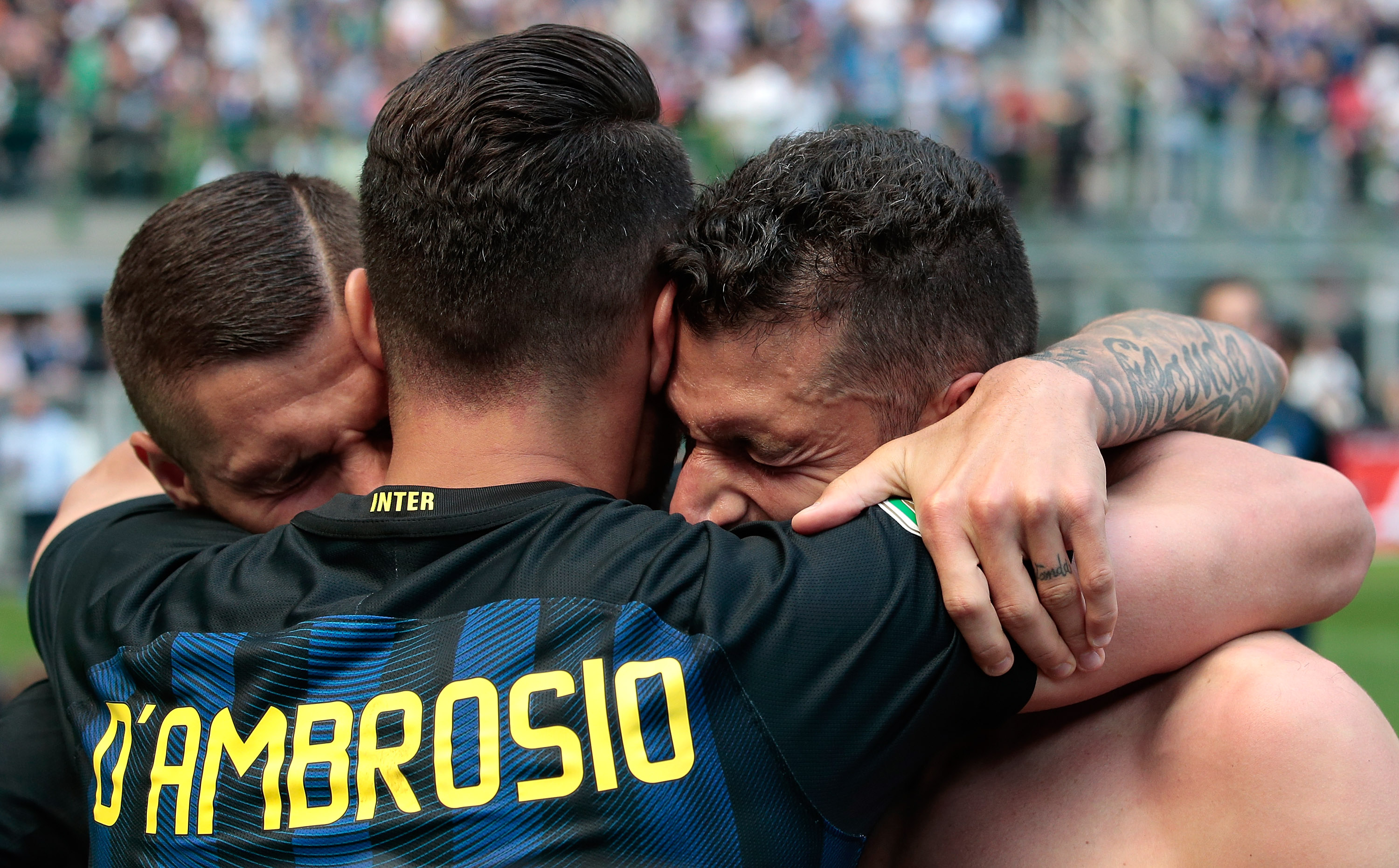 They doubled their lead moments before the break as Icardi broke his duck against the Rossoneri, tapping home after Ivan Perisic found him with a pinpoint ball across the face of goal.

Vincenzo Montella sent his players up the field in search of a lifeline and as expected they left holes at the back. Inter should have had their third when Perisic found himself in space in the box, but his shot was weak.

As the Nerazzurri retreated further towards their own goal, Milan struck. Suso whipped in a low cross which Romagnoli was on hand to stab home at the near post. 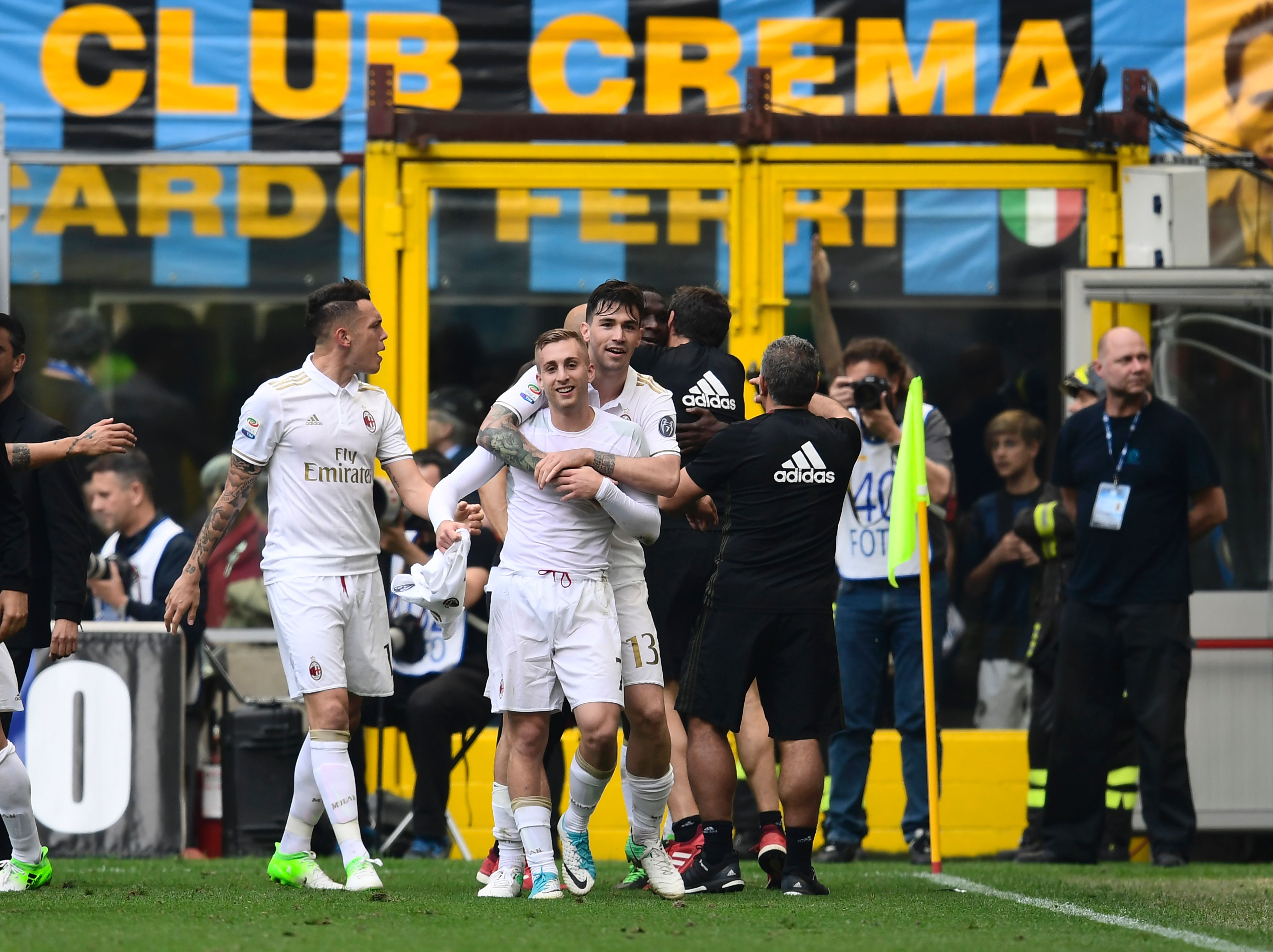 Five minutes were added, but the real drama came in the eighth minute. Inter were penalised for time wasting as they conceded a late corner and, similar to Perisic’s equaliser in the derby earlier this season, it was stabbed home at the far post.

The theatre did not stop there, as it turned out Zapata was the unlikely hero, but not before the referee had to consult goal-line technology to determine whether the ball had gone over the line.

Another thoroughly entertaining derby watched by over 800million people, and a chance for Milan to show their city neighbours how a late equaliser in this fixture really feels.