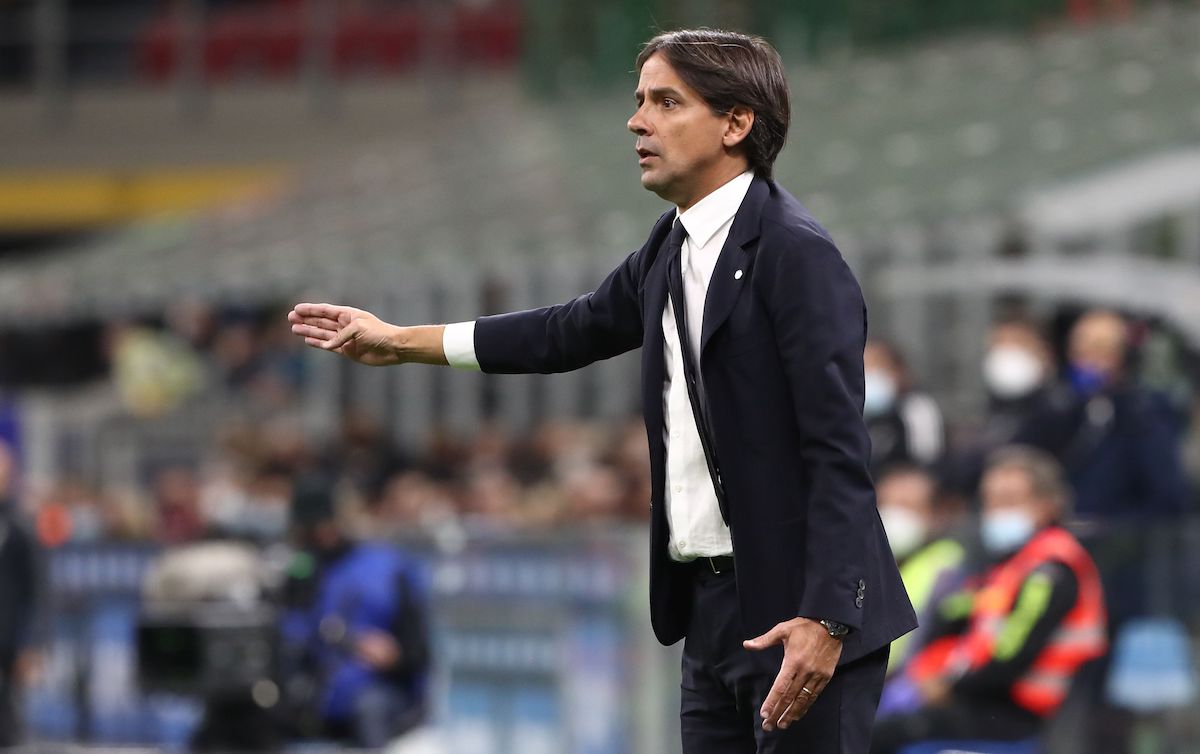 Inter boss Simone Inzaghi does not see their draw against AC Milan last night as a result to celebrate, describing it as a ‘glass half empty’ outcome.

Milan and Inter played out a high octane 1-1 draw at San Siro last night which certainly appears to be a better point for the Rossoneri on the fact of things given they remain joint top of the table and they keep a seven-point gap from their city rivals.

All the drama came in the first half as Inter were awarded an early penalty as Hakan Calhanoglu took a tumble after a tangling of legs with Franck Kessie, and he stepped up to score against his old club. Stefan de Vrij’s own-goal made it 1-1 before Ciprian Tatarusanu saved Lautaro Martinez’s spot kick to keep it level, which is how it finished.

Inzaghi spoke to DAZN at the end of the game to reflect on what was a typically frantic and dramatic derby, with his words transcribed by MilanNews and translated below.

Half full or half empty glass? “Glass half empty. We created many situations, we missed a penalty. In my opinion we deserved more, we faced an excellent team that deserves to be at the top of the table. We are a bit late but there is time.”

On the games against title rivals: “Now what we have to do is recover strength and energy. We drew with Juve and Inter in the last six and we deserved to win, then 4 wins. Milan and Napoli are doing incredible things, but there is still time. Milan are an excellent team, it was a very fast-paced derby even though both teams can technically play better.”

On penalties: “Our penalty takers are Lautaro and Calhanoglu. On the first penalty Hakan beat him, on the second Lautaro wanted to. If we had scored the wrong penalties we would have some very important extra points.”

On Calhanoglu: “I think it’s him and Lautaro who decide, we know how it works in those moments. Calhanoglu played an excellent match tonight as he did against Udinese. We play every 3 days and I have to make choices, every time I always have huge doubts.”

On the moments of the match: “In my opinion we did the first 20 minutes not approaching very well, then we started to keep the ball. Milan are a technical team that makes mobility its main weapon, you have to make them run. Apart from the first 20 and the last 7 minutes we dominated, we deserved something more.”

On Barella: “He asked for the change, we will evaluate. I also had problems with Dzeko and Bastoni. It is normal that playing with these rhythms can create situations of this kind, we hope that they are things of little significance.”

READ MORE: Tatarusanu takes confidence boost from ‘most important’ penalty save of career