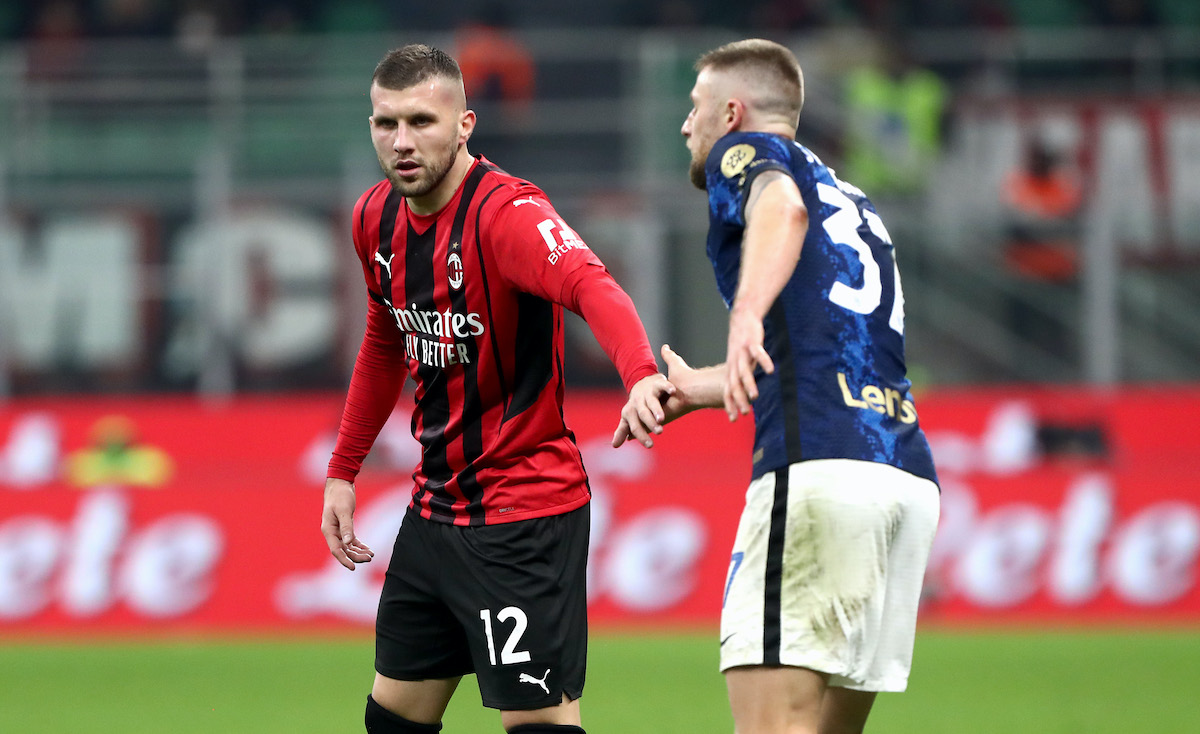 Inter defender Skriniar bitter after derby draw with Milan: “We created much more”

Inter defender Milan Skriniar has revealed his disappointment that his side ‘lost two points’ during their 1-1 draw against AC Milan in last night’s derby.

Inter were the more dominant side in the first half and took the lead from the penalty spot as Hakan Calhanoglu netted against his former side having won the spot kick following a tangling of legs with Franck Kessie.

However, their lead would not last long as a free-kick from Sandro Tonali was met by the head of Stefan de Vrij, who inadvertently diverted the ball into the back of his own net the level the game. Another penalty was awarded before the break but this time Lautaro Martinez saw his attempt saved by Ciprian Tatarusanu.

It is certainly a point that is better for Milan on the face of things as they go joint-top and stay 7 points above their city rivals. Skriniar spoke to DAZN at the end of the game to react on a hard-fought draw, with his comments transcribed by MilanNews and translated below.

“Given the chances we have had are two points lost, we had great chances and we had to win tonight,” he said.