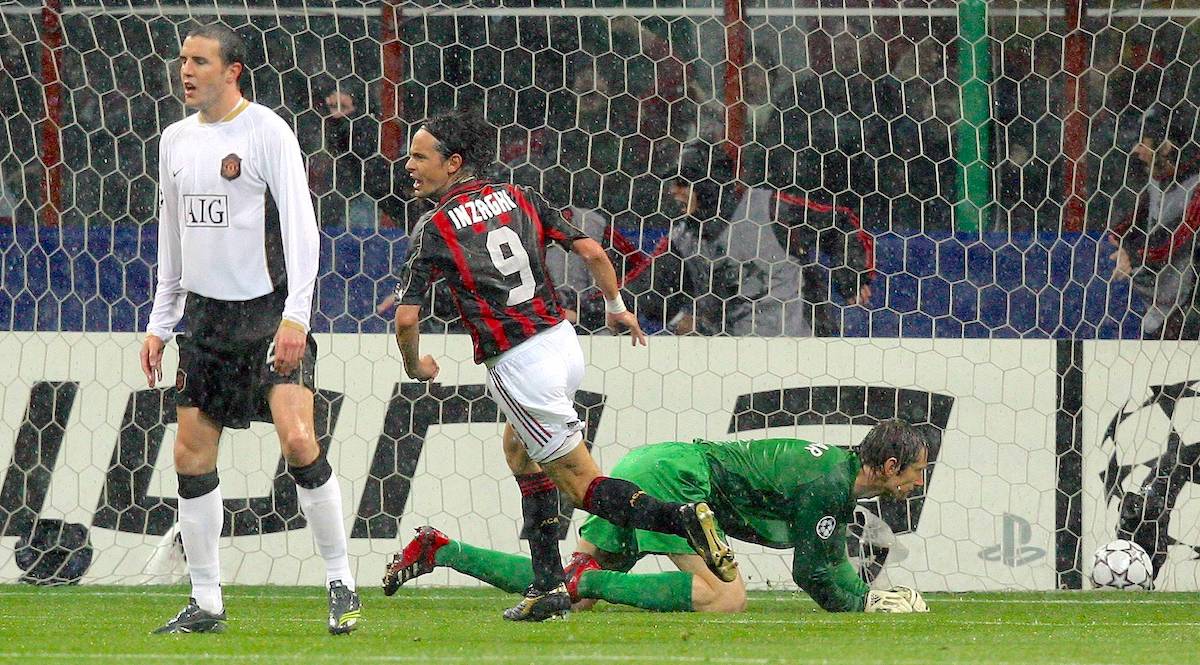 Pippo Inzaghi has revealed that he will be cheering for his former side Milan against Manchester United in a fixture that evokes great memories for him.

The signs are actually good for the Rossoneri as United have been eliminated in four of their five UEFA European knockout ties against Milan. No side has eliminated the Red Devils more often, with Real Madrid also having done it four times.

The first time United knocked Milan out came in the most recent tie as they capitalised on a 3-2 first leg win, beating the Rossoneri 4-0 at Old Trafford. The time before that, Milan prevailed 5-2 on aggregate in the semi-finals of the Champions League after ‘La Partita Perfetta’ (the perfect game) in the second leg at San Siro.

Among the protagonists of the 2007 Champions League semi-final tie between Milan and United was Inzaghi , now coach of Benevento, and he spoke to La Gazzetta dello Sport to reflect on that occasion.

“Three things stay in my mind. The looks on the bus we were all very concentrated. The rain: during the first half was down an incredible time. Fans: San Siro is always special, but that night it was even more,” he said (via Calciomercato.com).

“Qualifying for the final 24 hours before us was Liverpool, that is the team that had inflicted a terrible disappointment on us in 2005 in Istanbul. We were waiting for that rematch, we really wanted it. And Manchester United also paid for our desire for revenge on the Reds.”

On tonight’s match, Pippo added: “In this type of matches there are no favourites. And if they exist, the prediction counts up to a certain point. You just have to run and fight for 180 minutes and then take stock. Above all, I hope the Milan players enjoy it, these emotions stay with you and enrich you.

“I cheer for them. Pioli’s team is having an amazing season and I am struck by the enthusiasm they transmit when they play. You can see that the boys want to run, to attack, to bring back top the club. I’m sure that next year Milan will find the Champions League stage again.”