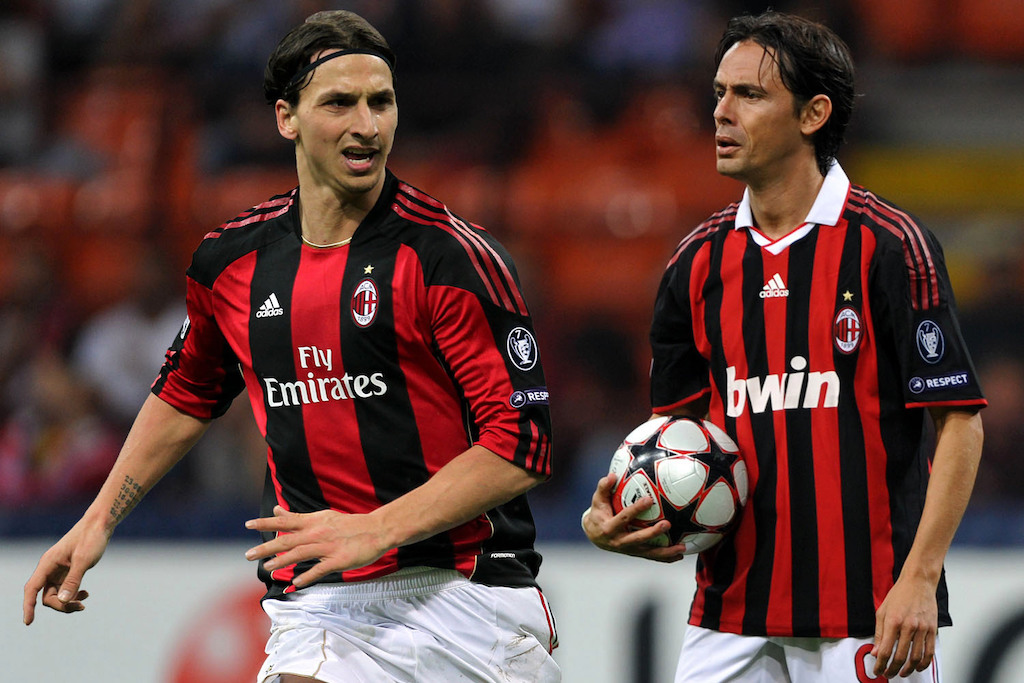 Inzaghi urges Milan to secure Ibrahimovic’s renewal: “Zlatan can still give so much”

Former AC Milan striker Pippo Inzaghi has urged the club to keep hold of Zlatan Ibrahimovic by any means necessary.

The signing of the Swede has not yet arrived despite the fact it seemed like it was going to come late last week, and then earlier this week, with some sources suggesting there is a substantial economic difference between the parties.

The management are waiting and hope that Ibrahimovic’s signature will arrive as soon as possible, because the certainty of his presence next season is needed before the market can be formulated.

The Rossoneri club recognises the value and importance of the 38-year-old but cannot sacrifice too much of their vision and their plan.

Inzaghi, who played with Ibrahimovic during the 2010-11 Scudetto winning season, spoke to Sky Italia and urged Milan to tie down his future.

“We all observed what he was able to give to Milan. I hope he can stay with the Rossoneri and start the season,” he said (via MilanLive).

“He arrived in January and leaving during the current season is never easy. I hope he can be under Pioli’s orders right from the start because Zlatan can still give so much.”