Recent reports coming from Italy is that Milan are going to offer the star goalkeeper €3.5million/year, which coming from €160,000/year is a huge improvement.

What is apparently included in the deal is that he will be wearing the captains armband. Reports last year came out that Donnarumma dreamed of being the captain of AC Milan one day.

But at the young age of 18 is this the right decision? Are there are other players in the squad that are deserving of this honor? 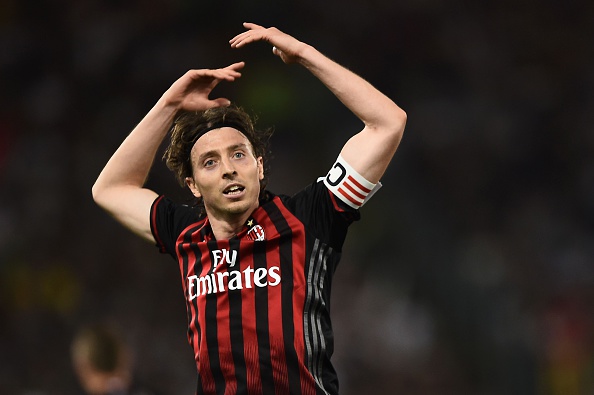 A few players that come to mind are Giacomo Bonaventura, Alessio Romangnoli (who is still arguably too young to be the captain), Ignazio Abate and Riccardo Montolivo, who is currently wearing the captains armband when he is healthy.

As valuable as he is to the club, the Milan board shouldn’t be making promises that could potentially hurt the chemistry of the team on the field.

In my opinion, Bonaventura should be the next captain if Montolivo can’t continue to play the role that he was given before his serious injury. If not either of them, then the next in line should be Abate.